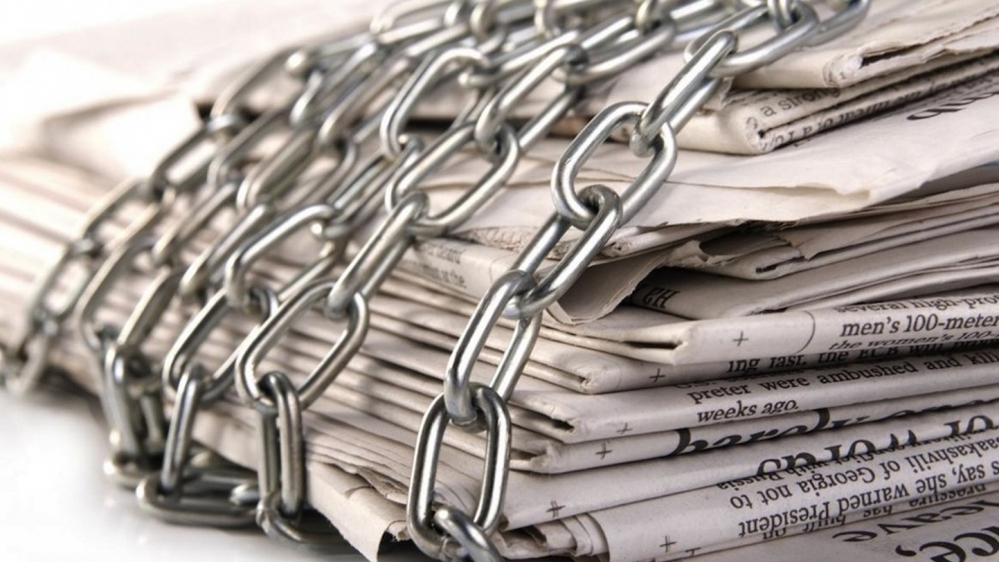 Media don’t always trust their readers to form “responsible” opinions. The result is something critics call “Nanny Journalism”, which not only informs, but tries to guide the public. A view from the inside. 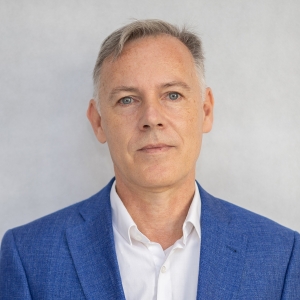 As many referred to the Hungarian capital back then: “Terror-Turntable Budapest” – would I please check the movements and activities of “Islamic State” terrorists in Hungary? There was information on some of them who had been involved in the Paris Terror attacks of November 2015 and a newspaper wanted me to look into it.

I promised to immediately go to work on it. “OK, but you have time – we won’t publish anything on this for two weeks or so”, I was told. The reason was that public opinion was in a frenzy, and the paper worried that this subject might pour oil onto the fire.

The story was about the Paris Terror attacks, but now, in 2016, another attack had just happened in Brussels. The terrorists I was to write about had come as “refugees” via the Balkan route and all this fed into a debate about a connection between migration and terrorism. The German government line was that there was no such connection. German media also tended to avoid connecting the two. Anyway, public opinion was in an uproar, my editor explained to me, and the paper did not wish to fan the flames by publishing the story right now. In the end I wrote nothing – mainly because I couldn’t get much information beyond what my colleagues had anyway. Their ecellent article did eventually appear.

I did, however, wonder about the logic of not wanting to publish information that might inflame public opinion. We had been there: The events of New Years eve 2015 in Cologne, where hundreds of women had been molested by migrants, but the media had been slow to write about it.

There is an important ethical subject here: Journalism and responsibility. It can happen that media kill or withhold stories for security reasons, because police or the secret service ask them to. If that can help to save lives, or to facilitate the arrest of a dangerous person, that’s understandable. But here, the worry was just that readers would jump to negative conclusions in the migration debate. In other words, the paper did not trust readers to form a “responsible” opinion based on facts.

Looking back, I believe this was my first encounter with “Nanny Journalism”. Jounalism that does not want to only inform, but also to guide consumers in dealing with that information. Not just on the opinion page, but in the way the news  itself is published. Other words for this new phenomenon are, with slightly different connotations, “woke” journalism (fighting for certain ideological concepts and values) in the Anglosaxon world and “Haltungsjournalismus” in the German speaking world. “Haltung” means “stance” or “attitude”. It is about upholding basic political and human values in our writing, but not specific political parties.

“Attitude” journalism has become a subject of debate in the Western world, but I suspect it has always existed. Certainly in post-1945 Germany. In fact, it is written into every work contract at Axel Springer publishing house, a key player on the German media market. Journalists there need to agree to a set of core principles. Here they are, in their current form:

German public media have something similar. Their rules demand, for instance, that journalists should, with their work, help “European integration”.

All of these rules have their origin in a set of principles called “the ten commandments”, issued by the US occupiying authorities in 1946, as they began to allow free media in Germany – as long as they repected these values.

There isn’t much there that I couldn’t agree with, and anyway, 20 years ago societal consensus in Germany was such that none of these tenets contained anything that could be constructed as problematic. That consensus, however, has frayed over that past few years. Today, it’s easy to see how ambivalent some of these rules can be: Do we stand with America, under Trump? Or only with its “free values” and against Trump, arguing that his “values” are not “free”? Do we give a fair hearing to eurosceptic voices and ask wether they might have a point? Or do we try to marginalize them, as a “danger for a united Europe”?

As new political parties and movements began to question some of these core political values over the past few years, mainstream media reacted by instinctively fighting them. They also began viewing their readers with suspicion: After all, in the commentary sections of their websites, readers often sounded like they might support unpalatable parties: Rightwing  AfD in Germany, or Austria’s FPÖ.

One way to defend “core values” in the media  is to allow less air time and exposure to the new rightwing politicians than to tradtitional parties. Another instrument is called “Einordnung”, “putting into context”. When a politician gives an interview, one can choose to not publish it as a Q&A, but rather to write an article containing quotes from the interview – but “put into context” by the journalist.  A third instrument is to apply bad-sounding labels to parties and politicians: Populist, nationalist, authoritarian, autocrat, etc. I can’t remember the term “populist” as something routinely used in journalism, say, 15 years ago. Then all of a sudden it was everywhere.

I never used any of these terms in any of my writing, because I don’ think they are alanytically helpful – they do not serve to understand a political phenomenon, they just serve to put a negative label on things.

But in the edited, published versions of my texts, these labels were often written into the article. Media outlets have the right to do that.

This is what Nanny journalism is about: Never leave readers alone in an (imaginary) room with a  politician. Take them by their hands and protect them from “bad influence”.

I believe I was the first, or at least one of the first western Journalists to interview Jobbik Chief Gábor Vona. It was quite confrontative, but I gave him a fair chance to express his views. Another interview, a year later, was more conversational – he was trying to move his party to the centre and I asked what other parties might be potential partners for him (as is the case for Jobbik today, collaborating with all opposition parties).

The interview did not get published. “The reader is left alone with Vona”, my editors complained. I should write it up in the form of an article containing some quotes and “putting them into context”. “Einordnen” passes for analysis when you ask the media, but in my view it often crosses the line and becomes “opinion” - in a news article, not an opinion piece. I”ve had this discussion many times with my papers, arguing that what they wanted – say, to underline that a Hungarian politians’ views on family policy were “nationalist” - was opinion and should not be mixed into writing the news.

I was asked to write about the new teaching curriculum for Kindergartens and delivered a piece in which I asked people who had been in Kindergarten, or had their own kids there, over the span of many decades – from communism to now. I described that partriotic education, something that was included in the new teaching plan, had always existed to some extent, even under communism. Even then, children had learned the lines “Piros Fehér zöld, ez a magyar föld” ("Red, white, green – that is the Magyar land"). I argued that what was really new was that now, it was spelled out it the curriculum, rather than just happening. (And, obviously, that there would now be more of it). I pointed out that this kind of education might have been one reason why communism had had such a difficult time in Hungary.

It never got published. “But what is the thesis?”, my editors asked, clearly angling for some sharp headline decrying nationalism in Hungary even in Kindergarten. I told them they needed a different author for this. That ended the conversation.

Interviews with Hungarian politicians are always a big deal. Especially when it is an interview with Prime Minister Viktor Orbán. Great care is given to working out critical questions, as it should be. But this happens in an atmosphere of high pressure:  “We are being watched”, one editor told me, “and you are being watched, too.” Meaning the other media – liberal-leaning competitors will immediately and very publicly pounce on what they deem “uncritical” reporting. This contributes to what has been labeled, by German Think Tank DGAP, “conformity pressure” in the German media.

Consider the case of Hungary: German media label its government  nationalistic, autocratic, corrupt, antisemitic, populist etc. If some journalists dare to write that that isn’t entirely true, they and their media outlets risk getting accused of being sympathetic to antisemitism, nationalism and undemocratic governance. That can be bad for business, and can break a career.

But all of this is bad for journalism. We should be able to report the truth, in a nuanced, cool-headed way. Many still do that. I have been able to publish pieces analysing “light and shadow”  of Orbáns government in several respected  media outlets, mentioning positive as well as negative aspects of his policies. That’s how it should be. But there is one paper where I was never able to place that kind of story.

However, they asked me to send them what I had written for others. They did want to read the information. Just not to publish it.

Note: The author has worked for numerous media in all German-speaking countries. This article refrains from naming individual media outlets 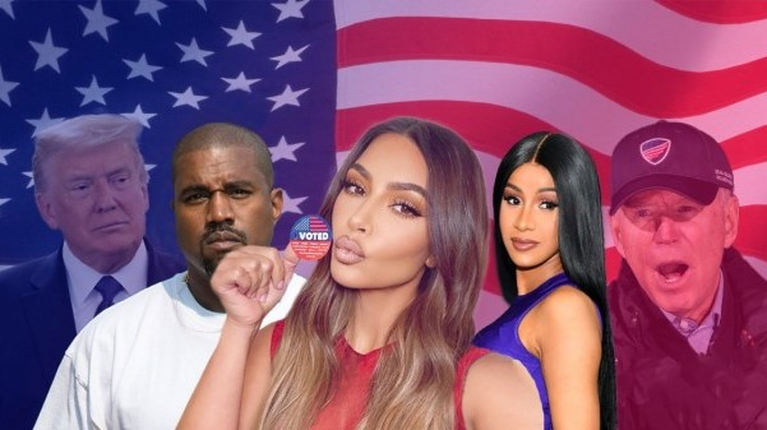 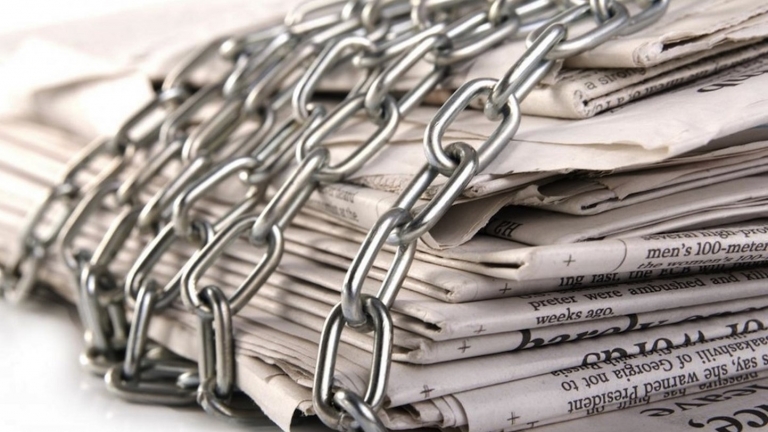