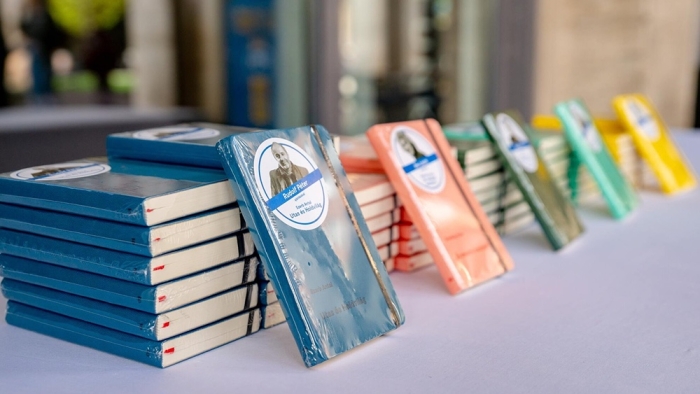 The other day a friend took me to a vending machine selling pocket books.

He placed his credit card on top right corner of the box and generously asked me to choose one of the available titles. After a quick perusal, I have taken a collection of short pieces written by a famous Hungarian actor, Imre Sinkovits.

As we walked away, this friend explained to me that a well-known actor, writer, and playwright, Miklós H. Vecsei, had the idea of selling low-cost books – the Pokets – with the purpose of inviting people to read fiction on subways, trams, and buses instead of staring at their mobile phones. Vecsei felt that the pocket-size of the book may be just as appealing and just as easy to handle as the body of an IPhone.

He also believed that, contrary to the isolating effect of the smartphones, the Pokets might succeed in fostering contacts among their readers and even prompting fruitful conversations.

After being introduced to this singular initiative, I paid more attention to the widespread use of mobile devices. I noticed that some students bend their head over a handset while they walk, enter a building, eat their lunch, talk to their friends, or travel on the tram. To be sure, they are bright, talented, and eager to learn. They enthusiastically attend lectures and workshops delivered by competent and inspiring teachers. But after listening to the talk for ten minutes or more, their gaze strays to the phone held in the their hands. They start to spin the images and texts appearing on the screen. They seem to be unable to follow the whole lecture with sustained attention. Some of their older peers tend to do the same. To my great surprise, I once noticed that a speaker, sharing stage with others, glanced furtively at his cellular while one of his colleagues addressed the audience.

The social media interactions appearing on the screen of a mobile device presents a self-contained world that requires no rational or complex thinking on the part of the viewer, or any critical selection and attentive evaluation of the texts or the succession of images. In truth, it does not call for anything other than the simple act of perception. And it offers an endless source of entertainment. The nub of the problem, of course, is not merely the momentary diversion from the concrete events of one’s life-world. The crucial point is the lifestyle promoted by the continuous availability of a multitude of unfiltered information: it consists of falling into an unceasing craving for distraction and lacking the power of sustained attention.

It is widely acknowledged by manual workers and artists that the performance of skilful movements provides a pleasure independent of the attainment of a goal; psychologists call it function-pleasure. It is also noted that individuals, having learned to use a computer, seek this very same pleasure inherent in other bodily experiences. They react nowadays to their portable devices the same way; they play around with them absent-mindedly under the gratifying influence of their well-functioning fingers. Their tactile action becomes an end in itself, satisfying a similar yearning for the pleasure of function as other forms of skilful activity.

But the pleasure comes with its own cost.

The texts and images follow each other at such a high rate that users have no time and leisure for carefully examining them, reflecting on their meaning and relevance, and deciding about their value and importance. They are exposed to a constant bombardment of information and contradictory opinions. Acute fatigue is one of the chief consequences of such a sensory and intellectual overload and of the user’s inability to bring the received information into a coherent unity. The German thinker Arnold Gehlen perceptively observed that, in some situations, individuals are overburdened with all sorts of opinions and find no relief from the flow of undigested communications. They are unprotected from what he called “too much discriminative strain.” They resemble to those exhausted tourists who, during a long car ride, gradually lose the ability to see because there are too much to see.

To counter such a harmful effect, we may be advised to read a Poket. Why, then, should we encourage our friends and students to read a Poket instead of peeking at their mobile device? They might resolutely object to the proposal, arguing that a phone instantly connects them with their loved ones and proves to be a salutary assistance in a situation of urgency.

Reading a printed literary work is a complex act, calling for the contribution of a number of human faculties, namely our imagination, our ability to bring into a synthesis various perspectives and to form of a coherent artistic configuration. In this short article, I would merely single out the central faculty of attention, without which no understanding of the text is possible. To follow the narrative, the fate of the protagonists, their multiple encounters, their social situation, their actions and frames of mind, we need to take in every word, every sentence with a certain degree of concentration. We have to stick to the text for more then a few minutes.

Attention takes place whenever we close the door to all other solicitations and the written text fully occupies our mind. When we dwell on the unfolding of the story, we prefer it, for the moment, to the rest of the objects of our environment. We want to to get inside people’s minds and hearts. We want to become aware of the many details of a real or imagined life. Reading attentively a novel is similar to listening to a symphony. To appreciate a piece of music, a phenomenon in motion over time, we try to perceive only the sound impressions reaching our ears and to connect them to the remembered and anticipated tones. Of course, to attend to a composition consistently and steadily is far from being an easy task. A number of obvious and subtle distractions unexpectedly pull us away from the attentive listening. The concrete example of listening to a musical melody reminds us that, while reading a text, we inevitably remain open to disturbing impressions. Fleeting ideas can cross our minds. However, they do not make us completely inattentive to the progress of the narrative.

Rigid concentration on a story is alien to true attention. Attention involves neither tense effort nor feeling of tiredness. When we pay attention, we need merely to surrender to whatever the writer communicates to us. As the French philosopher Simone Weil wrote, “attention consists of suspending our thought, leaving it detached, and ready to be penetrated by the object.”

We then enjoy tasting the words and the succession of sentences. Tasting is not merely a mode of sensory contact of the tongue and the palate with a glass of wine or a well-prepared meal. While tasting the charm of a landscape, we adopt a distinct attitude towards the ambient world. We allow ourselves to be taken, without any busyness and haste, by the impressions speaking to us. We take our time to taste the warmth of the air, the interplay of the colours, the scent of the flowers, or the shapes of the rocks. It is the same way that we may taste a novel; we abandon ourselves without any calculated restraint and exertion to the succession of fictional events.

I suggest that taking a great novel to our next travel may give us a thrill that no mobile device can provide. If we happen to read with a genuine interest the dense and evocative prose of a classic writer, we come to experience our own life and to taste, once again, its vibrant and pivotal moments. We may become like children who identify themselves with the characters more intensely than grown-ups do. We realize that one of the chief functions of the novel is to offer an imaginative view and meditation on all the subtleties and miracles of our world. In addition, the passionate and concentrated immersion in the narrated events reveals a meaning that we give to our lives in their totalities and to all the decisive actions that form our destinies.

Perhaps in a Corvina it is not out of place to claim that a particular vending machine can be the source of an intoxicating delight. And a key to attention training. 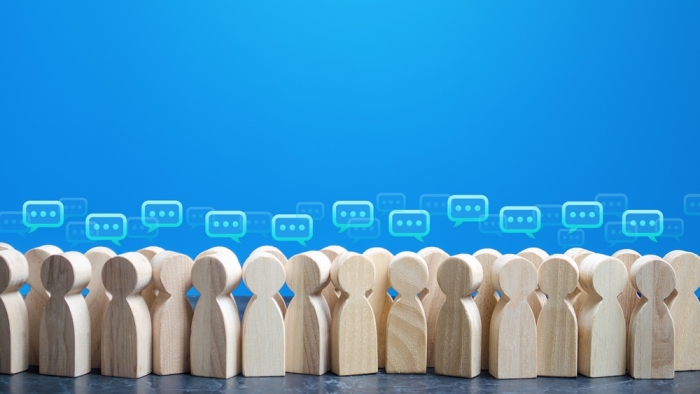 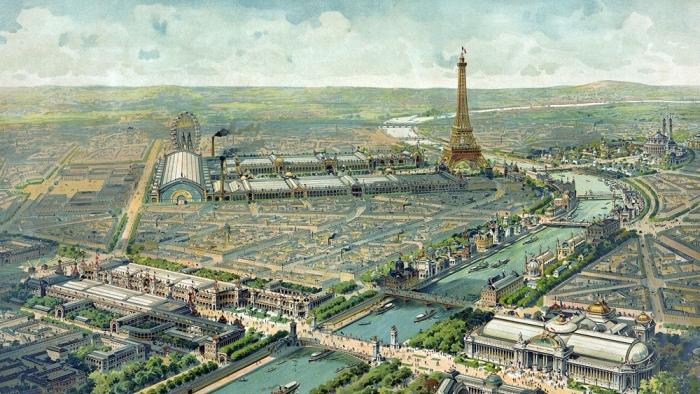