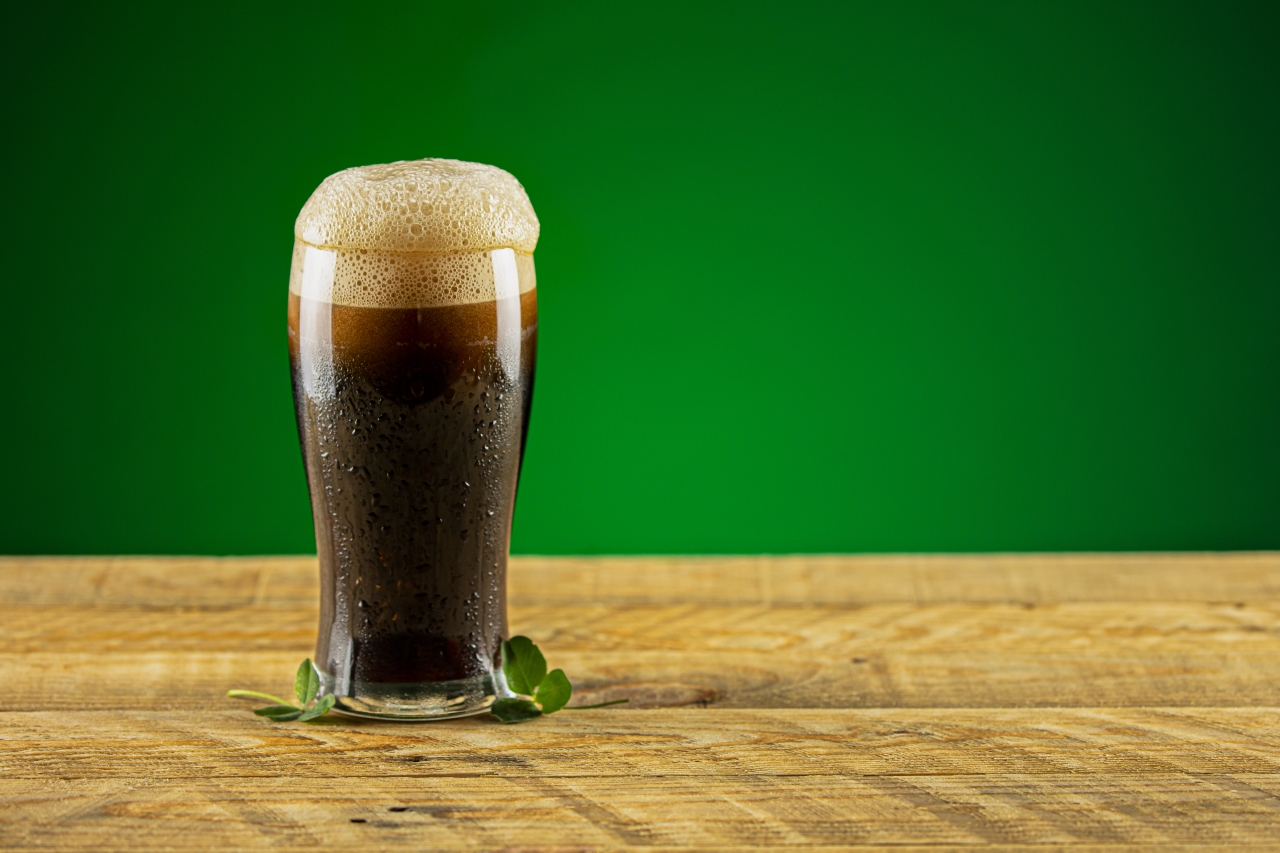 The colourful economies behind the Guinness stout

The word Guinness might just mean the ruby-red stout for most people around the world, but in the hearts and minds of Dubliners the word is filled with a much deeper importance as the Guinness family and their company has been at the centre of the city’s history since 1759.

The family has influenced the lives of many Irish citizens throughout history and owing to the hard work of Arthur Guinness and his family, the brand has reached much further outside Dublin. While many people would only think of Guinness as a beverage, for Dublin it is hugely important from economic and cultural aspects as well. As the company played a huge role in the evolution of the city in the wake of the industrial revolutions, today it is nearly impossible to separate Dublin’s history from the history of Guinness itself.

The brand is proudly advertising its uniqueness not only in the way they are brewing their beverages, but they have also created a company profile that is outstanding and has achieved a number of firsts along the way. From the 1880s up until 1930, the Guinness Brewery in Dublin was the world’s largest brewery with a fermentation plant that is known as the first skyscraper to be built on the British Isles, functioning today as the number one tourist attraction in Ireland, the Guinness Storehouse. In 1959, owing to the discovery of Cambridge mathematician Michael Ash, Guinness was the first brewer to introduce nitrogen to the draughting process, creating the ‘surge and settle’ effect, that is also a prominent part of Guinness advertising. Launching in 1977, the M.V. Miranda Guinness – one of the four ‘Guinness Ladies’ ships – was the first purpose-built bulk liquid carrier in the world.

Today the Guinness Brewhouse 4 in Dublin is one of the most technologically advanced and environmentally sustainable breweries in the world.

While their achievements as a company are quite notable, Guinness would not have come to its fame without spending fortunes on perfecting the production of their beers. All four major ingredients were added with special consideration to ensure the Guinness colour, aroma and taste stands out within its competition. Firstly, the barley is roasted at exactly 232 degrees to reach the well-known ruby-red colour and the coffee and chocolate aroma – a method found after years of experimenting. Although Arthur Guinness originally concentrated on ales, by the 1770s he moved to the direction of dark beers, and today there are 21,000 tonnes of barley needed every year to meet the demand for Guinness. The hops-content of Guinness is higher than in any other lagers or ales, which gives the beer its characteristic bitterness an ordinary beer consumer will find peculiar. The yeast used in Guinness is only grown at St. James’s Gate Brewery in Dublin, and is recorded as a National Treasure of Ireland. And finally, the water used during the brewing process is coming from the Wicklow mountains and hence is soft and has a low mineral content that makes it perfect for brewing stouts. Essentially, Arthur chose Dublin as the location of his business because of the excellent water supply, which is much needed to this day as the brewery uses 8 million litres of Wicklow water every day.

As Guinness have evolved alongside the modern-day Dublin, it is not surprising that the company contributed greatly to the domestic economy and the prosperity of the city. Even the Guinness family had a massive impact on the Irish capital, fuelled by their eagerness to rise up amongst the most influential citizens of Dublin and their fondness for philanthropy. Members of the family have donated money, buildings and gardens to the Irish State for generations, making it impossible to walk around Dublin’s centre without encountering something that is related to the Guinness family. Amongst others, Benjamin Guinness financed the entire restoration of the St. Patrick’s Cathedral in the 19th century, and following the Great Famine the family donated an apartment park to the city able to accommodate thousands of families to ease the poverty storming in the city centre.

Today the company keeps on contributing to the economy by being the largest employer in Dublin. The Guinness Brewery is also  a highly competitive workplace as it offers great wages and recreational plans for its employees. Such a reputation of Guinness dates back to as early as the 19th century, when the company was storing their beverages in wooden casks, creating an enormous demand for coopers’ craftsmanship within the firm. By the 1920s, half of the coopers in Dublin were working for Guinness, producing over 1000 casks a week. As wooden casks were replaced by metal ones in the middle of the 20th century and the Guinness Cooperage faded, the Guinness-related employment was transformed and started flourishing in the transportation process.

“The story of transporting Guinness stout is the story of transportation itself” – the iconic catchphrase is hanging in the Guinness Storehouse above the collection of relics from the various means of transportation that were used throughout history to deliver Guinness everywhere in the world. Considering that the brand has lived through the industrial revolutions the sentence does not seem far from being true. For more than 200 years, Guinness was transported through the country by horses, creating not only a great advertisement for the company but also increasing the appreciation of horses in the eyes of the Irish. However, as the company experienced a steady and quick growth in demand in the 19th century, horsepower alone was not enough to attend to the increased production. With the spread of steam power technology, it was a natural next step that Guinness engineers developed an internal railway system that transported Guinness within the firm’s territory and to public railways. The journey from the brewery to the port of Dublin was carried out by the famous Liffey barges until road transportation turned into the principle means of delivery. The continued demand in the 20th century increased the importance of carrying Guinness abroad, and in 1915, the company started delivering on their own ships, and later on their tankers. Since then, the steady increase in demand has incentivised Guinness to find innovative new ideas to apply technology to transport such as targeting quieter, cleaner and more time-efficient tankers.

Guinness seeks to promote its uniqueness in every pint, leaving a trace of iconic advertising and powerful messages. However, as the family has spent years on creating the perfect pint of Guinness, they became intrigued by the idea that Guinness should speak for itself, and for 170 years they did not produce any advertisement. Their no-ad commitment was replaced by another idea in 1929: “the brand could make ads… as long as the quality of the advertising was as good as the quality of the beer.” This simple goal has since been kept alive in the famous world of Guinness advertising, resulting in inspiring ads that are catching the attention of their viewers to the last second. The commercials first featured animal depictions designed by John Gilroy, who devoted his artwork for years to advertise Guinness with various kinds of animals such as the famous Guinness Toucan.

Building years of commercial materials around the simple phrase “Guinness is Good for You”, the company cooperated with doctors to support the health-giving values of Guinness.

The slogan also evolved through the Whistling Oyster ad inspired by British Prime Minister Benjamin Disraeli, advertising how good Guinness pairs with oysters. Their next major campaign was the “Not Everything in Black and White makes Sense” in 1996, with the central idea to challenge the received wisdom of famous quotes. Emphasizing on the ‘surge and settle’ effect, the “Good Things Come To Those Who Wait” campaign was built around the slow pour technique of Guinness, which properly done takes exactly 119.5 seconds. A remarkable example of the great imaginary of Guinness advertising and the most successful piece of the campaign was the Surfer ad, which not only became the ad of the millennium, but it was also voted the best of all time in 2000. Today the Guinness advertising is focusing on social responsibility and their presence in the world, devoting a large part of their promotions to gender equality. The decades of advertisement were captured by a handful of Guinness memorabilia and promotional items displayed at the Guinness Storehouse for the public.

Besides all the iconic items of advertising, there is one thing even more important to Guinness than any other memorabilia: the Guinness harp. The instrument first became the emblem of the brand in 1862 as a depiction of a mediaeval Irish instrument known as the O’Neill or Brian Boru Harp, which is located today in the library of Trinity College Dublin. As evidenced by the Irish coins and the state symbol, the harp is not only important for the Guinness family. However, as the harp was previously utilised by Guinness, when the 1922 Irish Free State Government chose the harp as the symbol of the nation, they had to mirror the image to avoid trademark issues. Even to this day the company respects its traditions by savouring and displaying  another famous harp in their possession, the Downhill Harp. The harp dates back to 1702 and was played by the famous blind harpist Hempson during the 18th century. Guinness purchased the harp in 1963 to keep the tradition alive and spread its meaning to visitors of Ireland.

After all these years, Guinness continues to come up with creative new advertisements, innovations and developments to its processes. In the present, Guinness Brewery purchases about two thirds of the malting barley grown in Ireland every year and is on the mission to bring high quality stout into the lives of not just the Irish but also people around the world.

Inspired by the Guinness Storehouse. 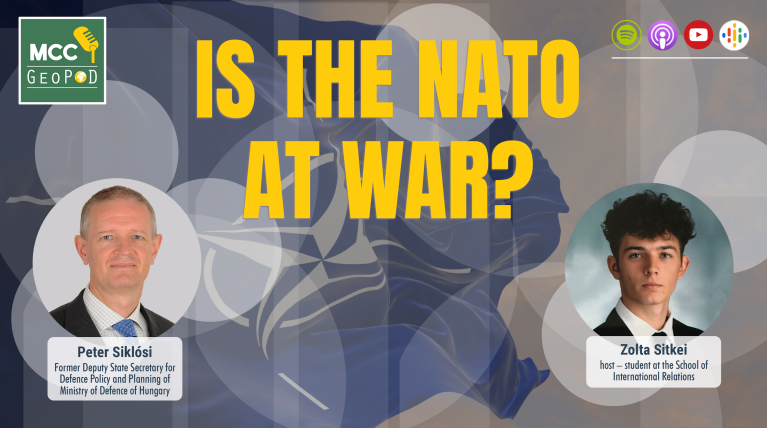 MCC GeoPod: Is the NATO at War? 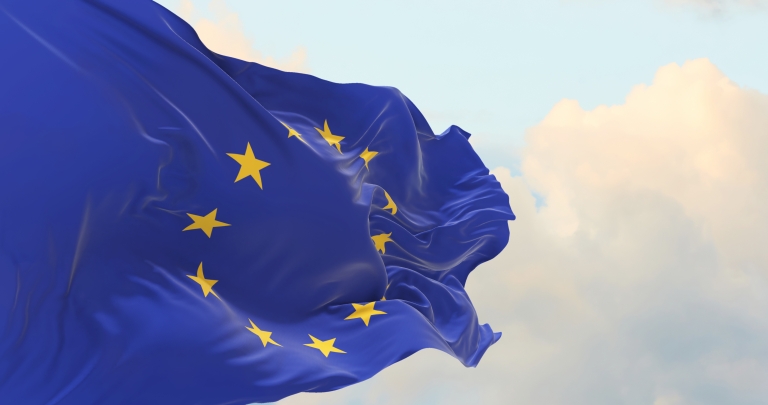 European "Values" and the Resolution on Hungary