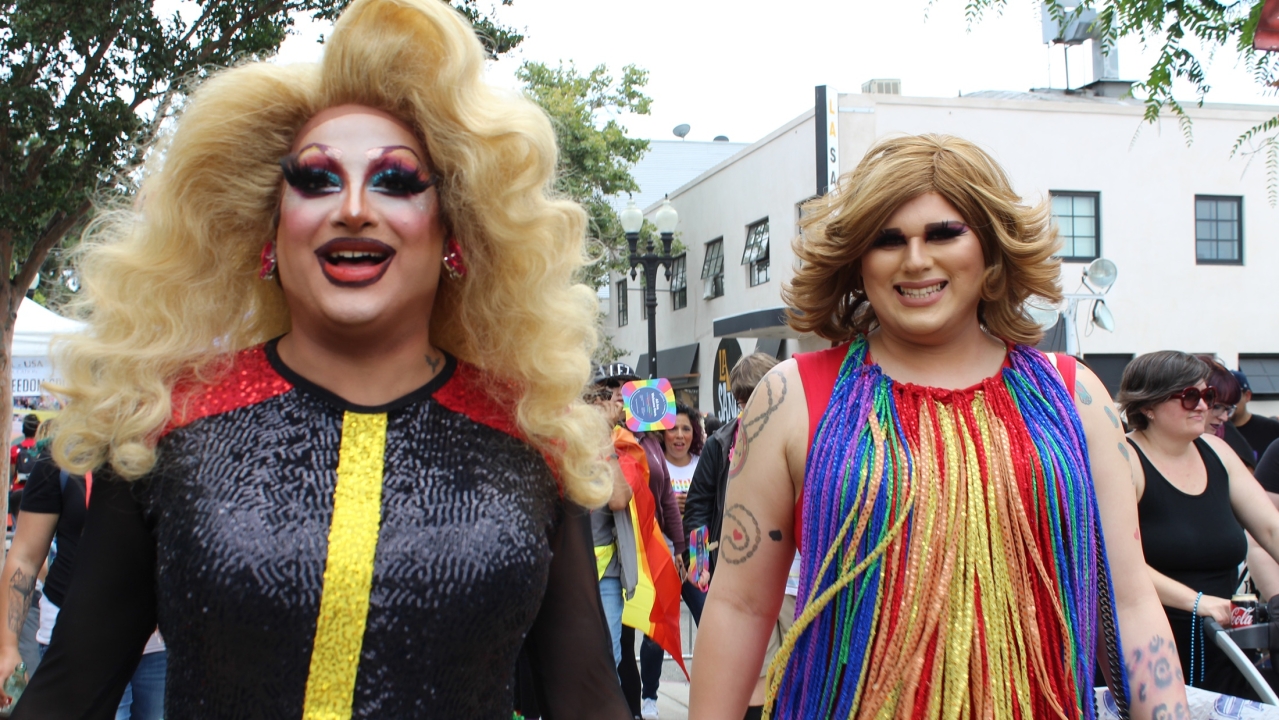 Trans totalitarianism: the most sordid face of gender nihilism

In the crowded woke galaxy there are plenty of delirious ideologies but none has a DNA as totalitarian as that of the "trans" collective.

A few weeks ago, walking through London, I suddenly remembered Hannah Arendt's succinct and accurate definition of totalitarianism: "a system that tends to totality", a tyranny that is not limited to the political sphere and intrudes into the most intimate and private, a suffocating ideology without dead angles.  Specifically, it happened crossing a street in Trafalgar Square. The traffic light disc was not just glowing a color or a silhouette; no, what was flashing like Big Brother's eye was the symbol of the transgender movement, a circle combining an arrow, a cross, and a mixture of both. I was stunned to think that, in addition to children's programs, advertisements for sports or yogurt brands and bus shelters, not even banal traffic lights should escape the totalitarian voracity of this cult.

Because this is what it is all about, a cult.

In the crowded woke galaxy there are plenty of delirious ideologies but none (with the exception of the animalists, capable of comparing a slaughterhouse with an extermination camp or a fly with a human being) has a DNA as totalitarian as that of the "Trans" collective.

Curiously, when I saw the endless list of governments, international organizations and multinational companies that support them wholeheartedly, I was stunned to think that the magnitude of this fanaticism is proportional to its influence: the most delirious postulates of a tiny minority of activists have suddenly become the watchword of woke capitalism and globalism. To the detriment of whom? This is precisely the danger: to the detriment of almost everyone and almost everything.

To the detriment of reality, first of all, because the main dogma of the trans cult is to deny it outright, especially in its most obvious aspect, the biological one: we humans believed for hundreds of thousands of years that we were born male or female, and it turns out that it was all a social construct, a millenary conspiracy on a planetary scale! To hell with irrefutable scientific evidence! Perception and narcissism rule here, even in the most prestigious academic journals and universities.  The gender is multiple, fluid and anything else they want.  And there are probably still many more to be discovered in addition to the 56 that Facebook offers on its page.

I recommend any critical spirit to think twice before questioning the Pravda truths of the trans collective, because the second collateral victim of this delirium is freedom. Remembering the obvious and raising one's voice has become a high-risk sport that can lead to social and labor ostracism. The hordes of fanatical cybertrots often take advantage of the pusillanimity of companies and institutions to condemn dissidents to a social death penalty for the crime of lesa-transphobia. And it works, even with leftist sacred cows like J.K. Rowlings who dynamited her aura in a couple of tweets by reminding (oh, transflasphemy!) that sex is a biological reality. Now, fallen from grace, she is considered a vile "TERF" (trans-exclusionary radical feminist) to whom even the actors she launched to fame have withdrawn their greetings. Cowards. Yes, because the trans craze has the tactical lucidity to take full advantage of the cowardice of the elites who fear the truth more than a Twitter campaign and prefer media posturing to equity. By colonizing, trans people have colonized even the neutrality of institutions and public space. With the weapons of victimhood and intimidation, they have managed to turn their dogmas into the gold standard of political correctness. Even the US Army (whose recruitment capacity has plummeted) imposes the use of only the "right" pronouns.

Pronouns, let's talk about language, another collateral victim of trans rage, the tool of social cohesion par excellence turned into a weapon of mass intimidation with a dexterity that would astound Orwell himself. We know the classic woke sequence: invoking "inclusion," "diversity" and "equality" as a weapon of war and limiting the political debate between "empaths" and "phobics" without much nuance. Trans people perfect the gear with homegrown words such as the devastating "TERF" or the cynical "affirmative care". And above all, with the sibylline "pronouns", the Trojan horse of gender ideology that dynamite both the language and the authority of parents and teachers. Thus, for refusing to use them, they end up in jail or lose custody of their children.

These dissidents are the sentinels warning of a full-fledged medical ignominy, the moral consciences that the majority will only listen to tomorrow, when the evil is already done. Because "pronouns" are often the prelude to mutilations and irreversible psychological sequelae. Let's not fool ourselves, behind Irene Montero's grotesque "niñas, niños y niñes" or the very fashionable "they/them", the mental and physical health of the main victims of gender nihilism is at stake: children and adolescents. From the earliest age, teachers or activists (who often overlap) overwhelm the innocence of thousands of children, sibyllinearly instilling the poison of gender confusion and sexualizing them shamelessly in the name of the fight against "stereotypes". And at the same time, they take away school hours for learning and training: what if the growing ideologization were proportional to the collapse of academic results in the Western world? A rhetorical question. This ideological seed then sprouts in adolescents with the invaluable help of squads of influencers who swarm the social networks and media that trivialize and extol the trans commandments. With astonishing results: according to a recent study by an American think tank, by 2020, 20% of young Americans will consider themselves "LGBTI+", 11% more than in 2008. And with astounding accessibility: I invite the reader to perform a simple search with the terms "top surgery" on Youtube to see that the most harmful propaganda is just a few clicks away from helpless teenagers.

You will see that these gurus not only "deconstruct" the most vulnerable, they literally destroy them. Let's speak bluntly, behind the smokescreen of "gender identity" and the hoax of "affirmative care" hides the sordid reality of irreversible body mutilations on vunerable, immature, often mentally challenged people whose only difficulty, in many cases, is discovering their homosexuality or simply being depressed and insecure teenagers.

Well, what response do so many "professionals" offer them? Double mastectomies (ablation of breasts), vaginoplasties (ablation of the penis), hysterectomies (amputation of the uterus and tubes), hormone injections, puberty blockers such as Lupron (a drug originally prescribed to castrate sex offenders). We talk about psychologists recommending mutilations to treat mental problems, doctors chemically sterilizing teenagers and surgeons removing completely healthy organs. A dystopia that brings huge profits and that some have the audacity to advertise even on TikTok, with a smile included. A totalitarian drift by which trustworthy people turn young people into the guinea pigs of their own fanaticism under cover of the "consent" of minors, even children, as reflected in the statistics of the sinister Tavistock clinic in London, which the British authorities (finally) have just closed down.

And, finally, let us remember that trans madness also constitutes a frontal attack against women, because their gurus deny their existence, humiliate them, denigrate them and even force them. Not even the Taliban call women "menstruating beings", "individuals with cervix", or "people with vagina". The denial of reality associated with the dogma of diversity forces us all to recognize as rights the wildest desires of a tiny minority, fruits of an unhealthy narcissism. That is why today, men compete with women in swimming championships, "neutral" bathrooms are imposed in public spaces or men "in transition" convicted of rape are transferred to women's prisons... who end up raping. The trans roller has even cannibalized the LGBTI movement, an alphabet soup that hides a real civil war between gays and lesbians on the one hand, and trans and queer on the other. And who wins? The most bigoted, obviously, and by a landslide. Recently, a lesbian collective was expelled in Cardiff from a Pride demonstration by the police to "ensure the safety" of the participants. And the latest fad is to demand that they go beyond their "prejudices" and consent to sleep with "trans women" even if they sport hipster beards and have the muscle mass of a heavyweight.

This list is, unfortunately, not exhaustive. Trans rage also destroys families as it seeks to isolate children from their parents and undermine their authority. It is equally pernicious for patients who genuinely suffer from gender dysphoria who watch in horror as a real, complex and painful medical problem that involves lifelong medicalization is trivialized to the point of grotesqueness to impose it as a miracle cure for vulnerable people. I recommend reading the testimonies of transsexual adults or repentant transgender people to become aware of the barbarity of minors making extremely serious decisions without having the slightest maturity to understand and assume the consequences.

Therefore, there are plenty of reasons for alarm. A minimum of common sense and intellectual honesty would lead any ruler to nip in the bud this medical and social scandal of which the complacent majority of today will be bitterly ashamed tomorrow. It is incomprehensible, then, that in light of these irrefutable facts, the Biden administration should continue its financial blackmail against states that oppose gender endoctrination, that the French government should extend the ban on "gender reconversion" therapies, or that the Sanchez government should allow "gender self-determination".

As has happened with so many delusions of the far left, history will not absolve them. The mutilated teenagers and their parents, even less so.  The new frontier of totalitarianism is dressed in blue, pink and white and under cheerful colors hides the most sordid face of gender nihilism. Totalitrans. 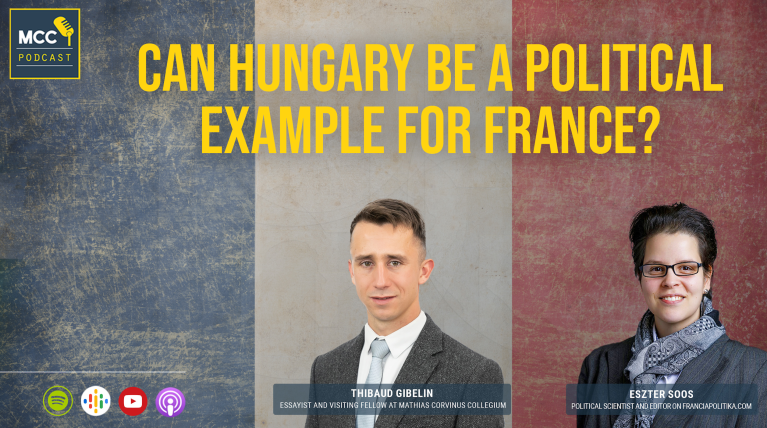 MCC Podcast: Can Hungary be a Political Example for France? 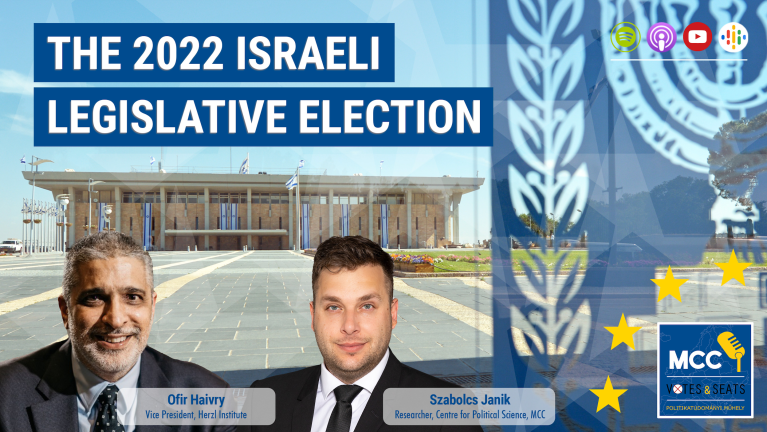