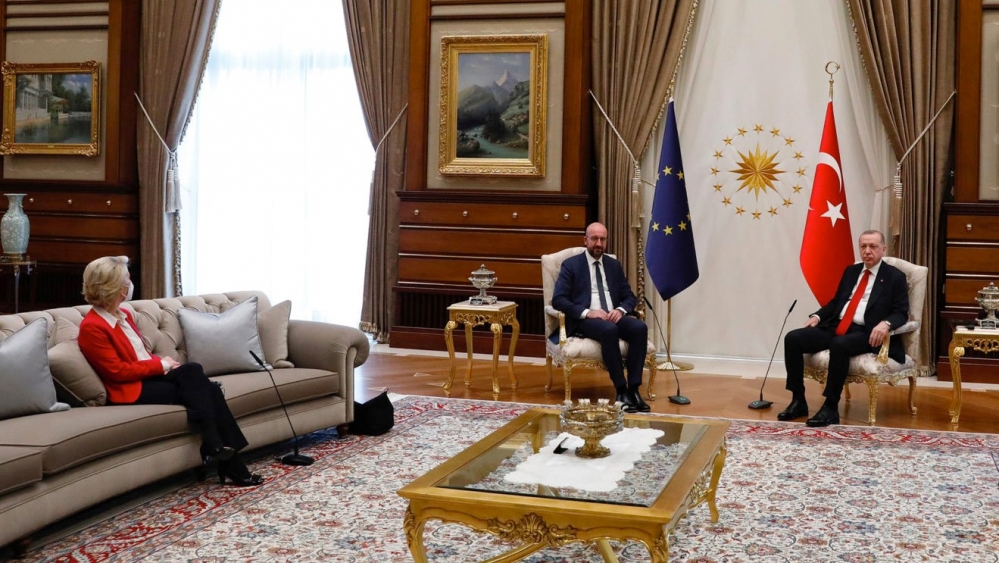 Three weeks later, Von der Leyen’s humiliation in Istanbul in front of a poor-spirited Charles Michel and a sly Erdogan is still the talk of the town, in Brussels and beyond. No wonder, this incident is much more than a storm in a glass of water or the perfect buzz for social network and meme addicts. This picture is rather the metaphor of some of the EU’s most pressing challenges and an embarrassing admission of its weakness.

Frankly, I don’t quite know who is to blame for the appalling picture which totally overshadowed a crucial summit meant to stage a new start between two suspicious neighbours. Was it a deliberate ambush from the neo-ottoman Sultan, or rather a malicious manoeuvre among rival protocol services within the EU? Or maybe a bit of both? Who knows and actually who cares, as those questions do not point at the core of the “Sofagate”.

The first fact staring us right in the face is that the role of women in public affairs, it is not the same in Erdogan’s Turkey and in the EU.

Without euphemisms, the status of women diametrically differs in the Muslim civilisation and in the Western one, even more, when it comes to political power. Not that Louis Michel behaved with courtesy (at least as expected by some, others would have raised the flag of “toxic masculinity” if only he would have let his seat to Von der Leyen), but I don’t recall Jean Claude Juncker being relegated to a sofa in none of its visits to Ankara. If Erdogan was looking for a timely opportunity to openly display his social vision of power, he did not miss it. Drawing the conclusion that this acte manqué is a crystal-clear example of the position of women in a large part of the Muslim world is not jumping to conclusions, it is connecting the dots. A fact recently recalled with lucidity by Malika Sorel Sutter, the French thinker, in an op-ed on Macron’s political move to combat Islamist separatism.

Yet, this is not the main lesson to be drawn from the incident. The “Sofagate” is first and foremost the image of an organisation that is caught between a rock and a hard place; in other words, between an off-ground federal state of mind and the political reality of nation-states, international relations, and power struggles. For decades, the EU is stranded in this political no man’s land, a situation that might be bearable under “business as usual” circumstances but that turns toxic in times of crisis. The problem is that the crisis mode has been the daily bread of the EU for more than ten years now and its institutional architecture is not passing the crash test of political efficiency. The “Sofagate” is the umpteenth example of dysfunctional machinery, a design that blurs the lines on the international scene and triggers internal rivalries among European institutions that end up weakening the whole organisation.

True, the external representation of any given political entity is complex and comes with a great deal of administrative coordination, slip-ups, and fights of egos.

But the incident in Ankara goes far beyond a mere bureaucratic bungling and shows that despite (or rather because?) its byzantine institutional arrangements, the EU is naked.

Worse, no one (not even itself) is able to understand and implement the rules on international representation that where introduced by the Treaty of Lisbon to simplify the already existing maze.

How many candidates to answer the phone in Europe, according to the urban legend? More than you think and far too many. Depending on the topic and the situation, please pick up and combine among the President of the Council, the president of the EU rotating chairmanship, the President of the Commission, the EU High Representative, the Commissioners, and, in some cases, the President of the Parliament. According to the Treaty of Lisbon, Charles Michel “[…] ensures the external representation of the Union on issues concerning its common foreign and security policy, without prejudice to the powers of […]” the High Representative, Josep Borrell. The latter is a hybrid position with one foot in the Council and another in the Commission and his role is to “ensure the consistence of the Union’s external action”. Consistency, like in Ankara? Wait, we are not done yet, the Treaty also specifies that “with the exception of the common foreign and security policy […] the Commission shall ensure the Union’s external representation”. By the way, it might be President Von der Leyen or one of her 26 Commissioners. When a given topic does not strictly fall within the remit of the EU’s Common Foreign and Security Policy, then the Council and the Commission jointly represent the Union. For example, regarding migration management with Turkey, with the success we all witnessed.

Make sense of that if you can. This structure is the recipe for insignificance on the international scene and an invitation to divide and rule. Too many rules kill the logic and too many hats end up blurring the lines and undermining the credibility of a political organisation that aims at and must become more strategic.

Against this background, I hope the Conference on the Future of Europe (yes, one more) will have the presence of mind to address this issue and propose effective solutions to simplify it instead of getting carried away on byzantine debates. And preferably not through a modification of the Treaties that will prove totally counterproductive.

Some suggest merging Michel’s and Von der Leyen’s positions to unify the UE’s command in the international arena. One more false good idea in my view, hybrid creatures bringing more confusion than clarity as evidenced by the High Representative’s double hat. I would rather plead for the President of the Council to prevail over the President of the Commission. If the international community still speaks the language of nation-states and if the ultimate centre of gravity of power within the EU lies within the European Council, then its President shall be the official face of Europe at the Heads of State and Government level. No one else. 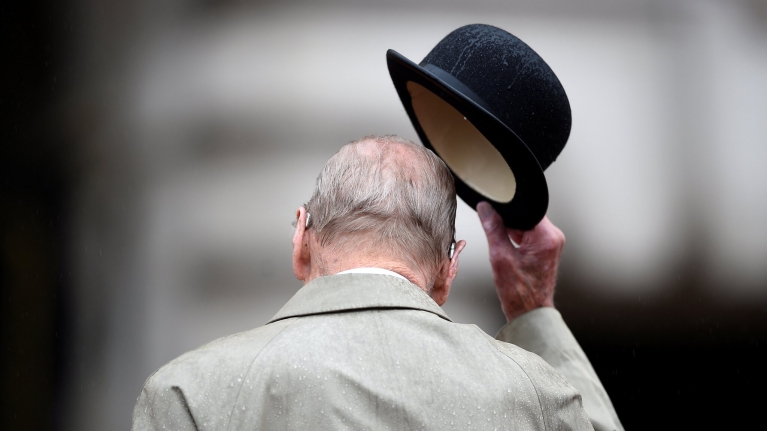 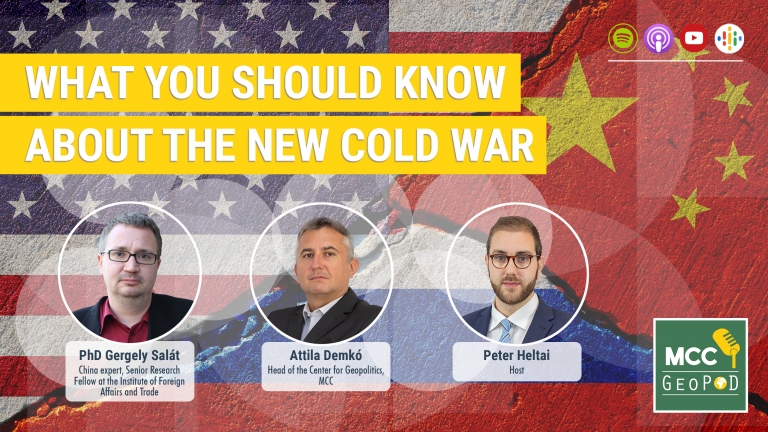 What you should know about the new Cold War