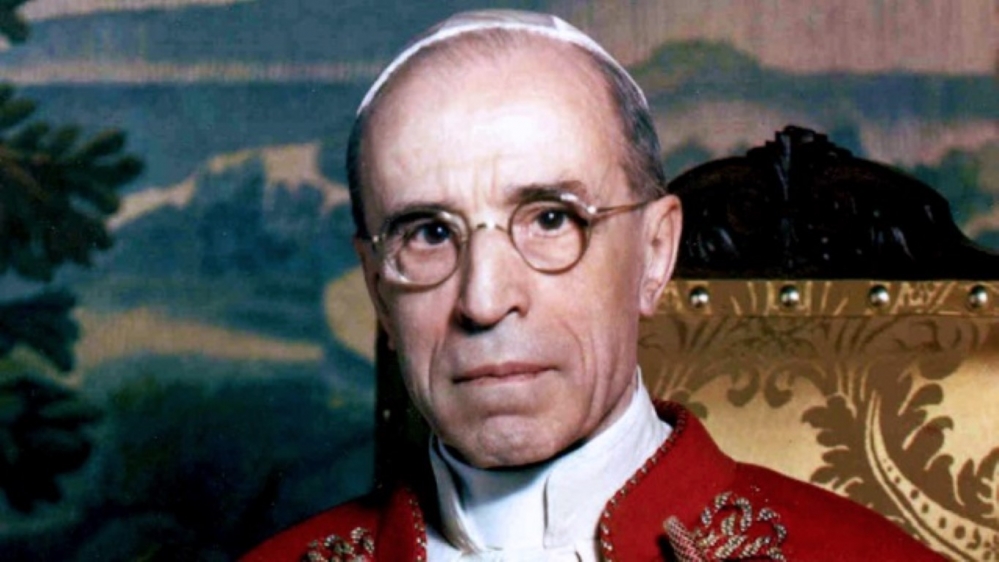 Pius XII’s legacy: don’t let lies get in the way of a true story.

In March 2019, Pope Francis took the long awaited decision to open the Vatican’s archives on Pius XII’s papacy that lasted from 1939 until 1958 and thus covered the turbulent times of the Second World War. In the Pope’s words, Pius XII “guided the Barque of Peter in one of the saddest and darkest moments of the twentieth century” and his decision to open the archives was also taken in the hope that “a more balanced judgment might emerge” on his pontificate.

In other words, Pope Francis trusts Eugenio Pacelli’s legacy will be rehabilitated against one of the most persistent historical calumnies of the last century, i.e, his alleged passivity, if not complacency, during the Holocaust. A reputation for which he is known in some circles as the “Silent Pope”.

What is the origin of this controversy, how is it possible that a Pope applauded after the IInd World War has been abruptly discredited a couple years after his death? As a matter of facts, Pacelli’s action before and during the conflict has been largely praised. It is established that he already raised his voice against the Nazis and warned against them when he was the Vatican’s Ambassador in Berlin and Vatican’s State Secretary before the war. Pius XII’s figure somehow suffers from the comparison with his precedessor, Pius XI, a more impetuous and outspoken personality and the Pope of Mit Brennender Sorge, the 1937 encyclical where the Church explicitly and unequivocally condemns Nazism and does so in German instead of Latin so that it could be read out loud in churches. Pacelli was one of the penholders of this landmark text as Pius XI’s right hand.

Pius XII was the archetype of the diplomat, a prudent man who favoured the work behind the scenes. As a fine connoisseur of the Nazi regime, he perfectly knew Hitler’s brutality and fanaticism and warned against it behind the scenes. As a Pope, he spent the war under the threat of Mussolini’s regime while Italy was occupied by the Nazis. He always remained concerned about potential retaliations against catholic communities in Germany and elsewhere.

As from 1945, he received countless testimonies of gratitude on behalf of the Jewish Community, the most eloquent being the conversion to Catholicism of Rome’s Grand Rabbi during the war, Israel Zolli who chose to be christened as Eugenio Pio, a gesture that speaks for itself.  The World Jewish Congress, Golda Meir, Moses Arets (future Israel’s Prime Minister), among many other testimonies, expressed unequivocally their gratitude to Pacelli and the Catholic Church for saving thousands of Jews.

The turning point occurred in 1963, five years after the Pope’s death, when a play of a young an unknown playwright, Rolf Hochhuth, was performed for the first time in Berlin and soon became a cultural phenomenon.

“The Vicar, a Christian tragedy” is a frontal attack assault against the Catholic Church based on a few twisted facts and countless inventions from the author. It is not the first time literature diverges from history and it will not be the last.

After all, are not Schiller’s Don Carlos or Victor Hugo’s Lucrezia classic masterpiece of Western literature freely inspired from historical facts? Poets are not historians, let them create, let them vilify and defamate! Except that Hochhuth’s Vicar is first and foremost the story of a masterpiece of propaganda orchestrated by expert hands, more than an artistic play.

The original text is very long (eight hours) and tedious, it could hardly be played in that fashion. This is when a key actor enters the scene. Erwin Piscator, an openly communist theatre director, one of the founders of the so called “proletarian theatre” rewrites and shortens the piece. Interestingly, Piscator did so after returning from America and settling down in Germany’s Federal Republic, not in the DDR. With Piscator’s touch, the play is shorter, punchier, even more manicheist and convincing. And it is a resounding success.

After the Vicar’s premiere in Berlin it is quickly exported all over Europe, is widely echoed by the press and its sulphuric fame boosts its notoriety. Within a couple of years, it became an iconic play in the Europe of the 70s and it set the golden standard to judge, or rather to sentence, Pius XII’s legacy.

Today, we know that the Soviet Union was involved in this political campaign and that the play has been actively promoted by the Central European communist regimes. For example, it was compulsory to play it once a year in several cities on the other side of the iron’s curtain.

The fight between truth and calumny is unequal especially when orchestrated by expert hands. It took one play and a couple of years to irremediably tarnish the well-established reputation of the Pope. His honour was irremediably scorned based on lies,  but at the end, who cares? As Mark Twain said, “don’t let the truth get in the way of a good story” and this is exactly what The Vicar is: a vast machinery, a pack of lies but a good story after all, and a falsehood that becomes a truth if repeated a thousand times. And it was, and still is. The fact that the Vicar was adapted telle quelle for the cinema in 2002 by Costa Gavras, an Oscar winning director, forty years after the play’s premiere is a dazzling example of artistic dishonesty and ideological arrogance.

Nonetheless, there is hope. Pope Francis’ decision to open the archives already bore fine fruits. Johan Ickx, a reputed archivist of the Holy See's Secretariat of State published in September 2020 a landmark work, “Le Bureau, les Juifs de Pie XII” where the scholar sheds a light of veracity based on a thorough and scrupulous analysis of the archives recently disclosed.  In a remarkable didactic style, Johan Ickx reconstructs the frenetic activity of the Pope and his team to save thousands of Jews during the war and reveals original facts found among the one and a half million documents puts at the disposal of the researchers. The result is the bustling story of a relentless endeavour carried out behind the scenes, efficiently and discretely by Pacelli and his inner circle to help and save thousands of Jews from a certain death. Most notably, the book discloses and largely elaborates on the the Serie Ebrei, (the “Jewish Files”), the almost exhaustive list of Jews assisted by the Pope’s Bureau, a document that the author does not hesitate to qualify as “Pacelli’s list” and that was totally unknown until Ickx removed the dust from it. A major discovery, among many others to be found in this book.  In brief, Le Bureau is a landmark book,  a meticulous (and fascinating!) recreation based on undisputable facts, a bulletproof work that should close the debate on Pius XII’s papacy, once and for all.

Will it be so? We should not take Pacelli’s rehabilitation for granted for the same reasons that dragged him to the mire in the first place. Le Bureau is not the first attempt to restore Pacelli’s scorned honour with undisputed facts and none of its predecessors managed to turn the tables. Moreover, I bet the book will be received with its share of indifference and bad faith within the circles and media that surfed for decades on The Vicar’s waves. Their arrogance and cultural dominance will prevent them from delivering the slightest mea culpa or challenging their certainties.

Fake news are as old as the tablets of the law, they were not born with the digital age and no one ever excelled in this art as communist regimes.

And this is basically what “The Vicar” is, a massive fake news boosted by a totalitarian regime that became a fact for those who choose to remain blind and let their ideology prevail on facts.  Yet, Pope Francis’ decision to open the archives and Le Bureau provide us much more than the hope for a more balanced judgment on Pius XII. With this book in our hands, we will not let a tissue o lies get in the way of a very true, and very good story. 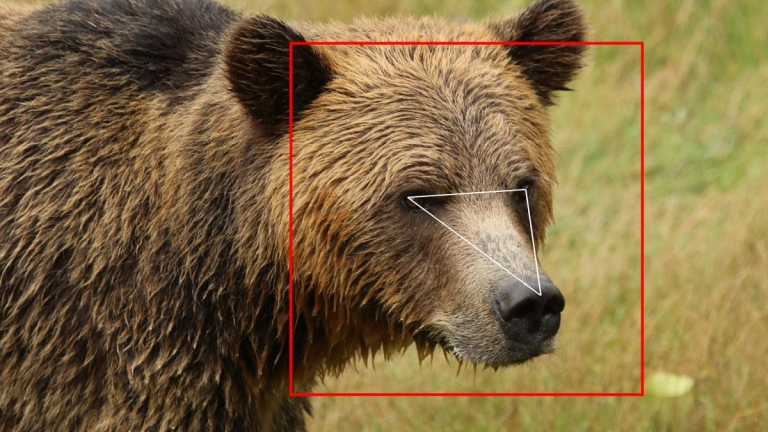 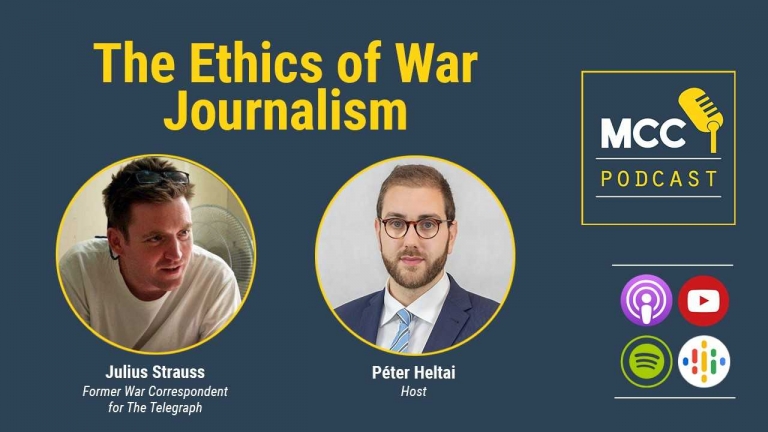