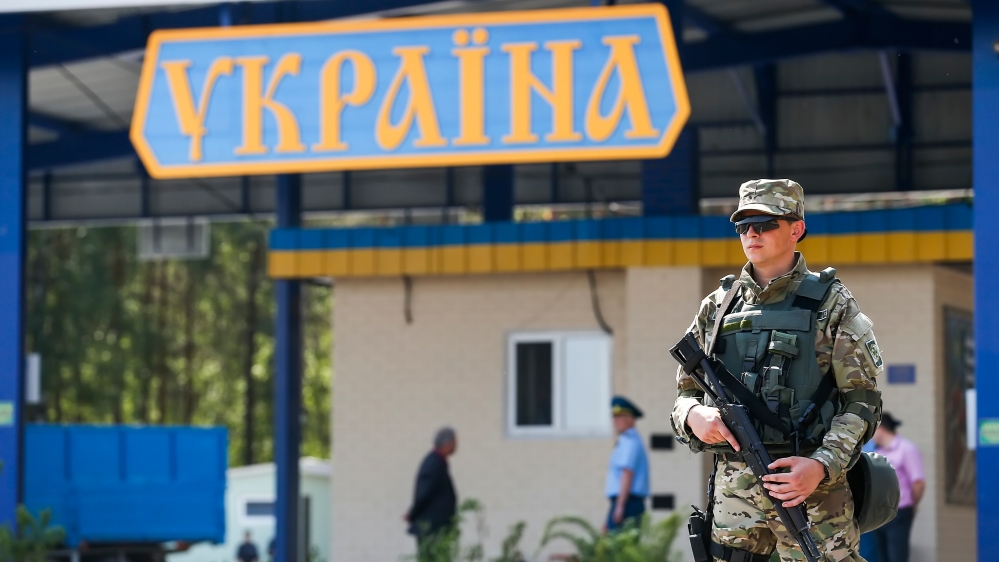 Tensions have again escalated in the seven-year long conflict between Russia and Ukraine. Ryan Brockhaus analyzes the long-term consequences of the recent Russian troop amassment on Ukraine's border. 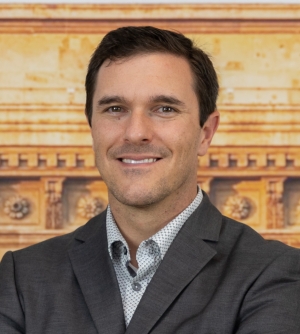 Beginning in late March, Russian forces started amassing troops and equipment along the borders of Crimea and the Donbass, where violations of the cease fire brokered in 2020 and Minsk II Peace Agreement have increased. For many in the West, there is a fear that Russia may once again use the violations by both pro-Russian separatists and Ukrainian forces as reason for intervening militarily, grabbing further territory, and potentially causing the collapse of the fragile Kiev government.

In response, President Volodymyr Zelensky has hinted that the Minsk II Peace Settlement is no longer feasible, and the only way for Ukraine to end the conflict with Russia is eventual accession in the NATO alliance. Russia views this as inflammatory rhetoric and has responded with actions of its own, warning NATO members against direct involvement in the dispute and, last week, stated that it will close off the Kerch Strait to the Sea of Azov for six months to non-commercial traffic.

Some experts, however, see this as simply Russia’s attempt to test the resolve of NATO, and deter any movement towards Ukrainian accession into the alliance.

To this point, NATO members have shown little support for possible Ukrainian accession due to the varying internal issues within the country. Territorial conflicts, such as the one currently faced with Moscow, internal political corruption, and the suppression of ethnic minorities within Ukraine, whose issue directly effects neighboring NATO countries like Hungary, are reasons preventing an eventual pathway into the alliance for Kiev.

Additionally, experts also see movements from Moscow as a challenge for Ukrainian leadership under Zelensky, who has seen his approval ratings drop since his election victory in 2019, while also testing the meddle of the new Biden administration. Although invasion by Russian forces seem remote, and appear even less so with the recent announcement by Defense Minister Shoigu ordering several units to return to base at the conclusion of snap drills, the prospects of such a possibility and the kind of weapons viewed along the border is worrisome, nonetheless.

Since Russia’s invasion of Crimea in March of 2014, the combat capabilities of both Moscow and Kiev have improved significantly. For Ukraine, assistance by NATO and other western partners have added to their depth and have turned what was a vastly antiquated and unprepared military in 2014, into a potent fighting force. In 2018, Kiev began receiving the shoulder-launched Javelin anti-tank missiles from the United States, which today possess approximately 200 of these. Just prior to the increase in hostilities last month, the Pentagon announced an additional $125 million security package which included the shipment of two Mark VI patrol boats, counter-artillery radars, additional logistics support through satellite imagery, and equipment for military medical treatment, and combat evacuation.

All told, the US has provided over $800 million of military assistance to Ukraine since 2014, involving arms, training programs for troops and officers, and military advisors.

Other NATO alliance members have contributed to the revitalization of Ukraine’s armed forces as well. In 2019, Ukraine signed a purchase agreement with Turkey for dozens of TB2 attack drones, while also allowing Kiev to manufacture its own domestic version in the future. Additional assistance also involves support for command and control and military exercises involving combat forces from NATO partners.

In the case of Russia, modernization of the armed forces has been underway for quite some time. This involved not only the phasing out of Soviet era equipment, but the development and implementation of modern weapons systems and command and control. Beginning prior to the 2014 invasion of Crimea, Russian forces had conducted numerous snap exercises, meant to test the rapid response and mobilization of it combat forces. These exercises have continued through the years with various size and geographic locations. Therefore, it should come as no surprise that Russia has been able to deploy, by what the EU now estimates is, 150,000 troops to the regions of Voronezh, Krasnodar, and the Crimean Peninsula since the end of March. If such numbers are indeed correct, this marks a larger number of troops present at the border now than in 2014. 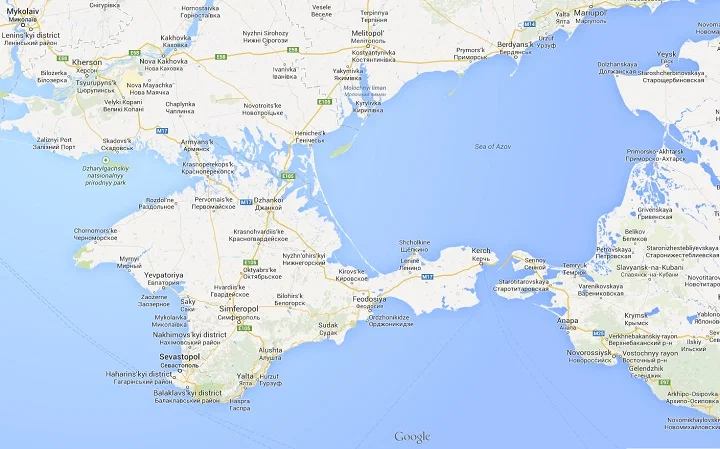 Additionally, reports of Iskander short-range ballistic missiles and TOS-1A Thermobaric multiple rocket launchers (MRLs) have also arrived at the Voronezh Region’s border with Ukraine. The region’s capital city, roughly 100 miles from the Ukrainian border, appears to be an additional staging area for forces as well. According to Jane’s Defense, the main camp south of the city now consists of 70 main battle tanks, 100 infantry fighting vehicles, long-range multiple rocket launchers, and facilities for hosting more than 3,000 troops. All told, at least fourteen ground troop units have arrived on or near the border with Ukraine. Russian naval warships and landing boats from the Caspian and Mediterranean Seas are also due to arrive in the Black Sea in the coming days.

Such amassing of forces near the borders of Ukraine not only have Kiev worried, but many in the West concerned of the possibility of political miscalculation by either side could lead to open war. However, one must think about the timing of the current escalation. Why now?

Ukraine’s desire for eventual accession into the alliance is nothing new and have frequently verbalized its intentions to do so. In response, especially since the Euromaidan Revolution, Russia has used either the separatists in the Donbass or their own forces to put pressure on Kiev and stifle any hopes for NATO membership. Moscow is aware of the legal process and prerequisites Ukraine must meet and will do what it can to prevent the country from fulfilling these.

Additionally, Russia is facing its own international issues as well. In March, the US and EU levied sanctions on Russia over the poisoning of Alexander Navalny. Mr. Navalny appears to be getting weaker and Washington and Brussels have made it clear that further punishment will follow if Navalny succumbs to illness in prison. Protests in response to Navalny’s imprisonment have increased within Russia, which gives the appearance of the Putin’s grip on power slipping.

There are, however, attempts at de-escalation between the US and Russia. Shortly after a phone conversation between presidents’ Biden and Putin, the US had decided not to send two naval warships to the Back Sea in effort to reduce tensions between the two countries. In addition, the White House stated that Biden had proposed a summit between the two leaders during the phone conversation, in attempt to reduce the tensions in the region. Regardless of what develops from such a potential summit, communication between Biden and Putin over the last week can certainly be seen as a positive step in working to deescalate the volatile situation. For Russia’s part, Defense Minister Sergei Shoigu has ordered several units on Thursday to return to their bases after the completion of the snap drills, although certain weapons systems and equipment from the 41st Combined Arms Army will remain in storage close to the border for the upcoming Zapad exercise in September.

Nevertheless, despite the unlikelihood of invasion, the number of forces and type of weapons amassed at the border is a cause for extreme concern. With inflammatory comments continuing between Russia and Ukraine, the chance of miscalculation cannot be ruled out. 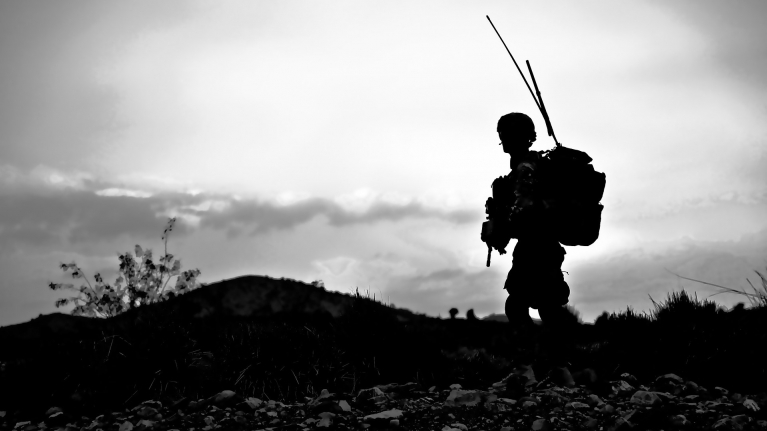 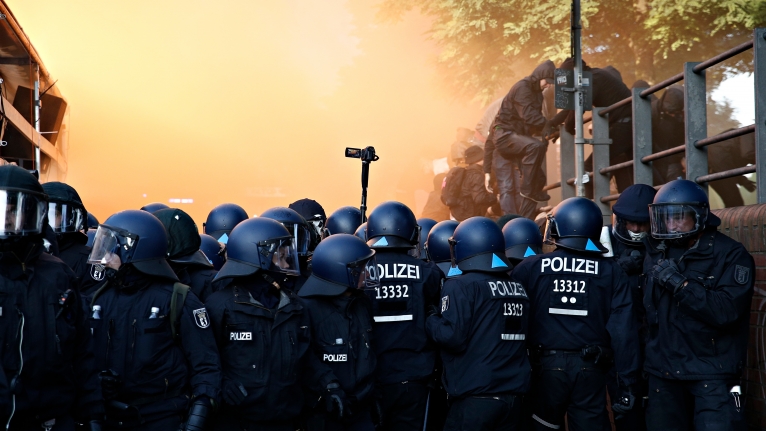