MCC was established in 1996 as a private initiative and is the largest private multidisciplinary educational institution in Hungary. 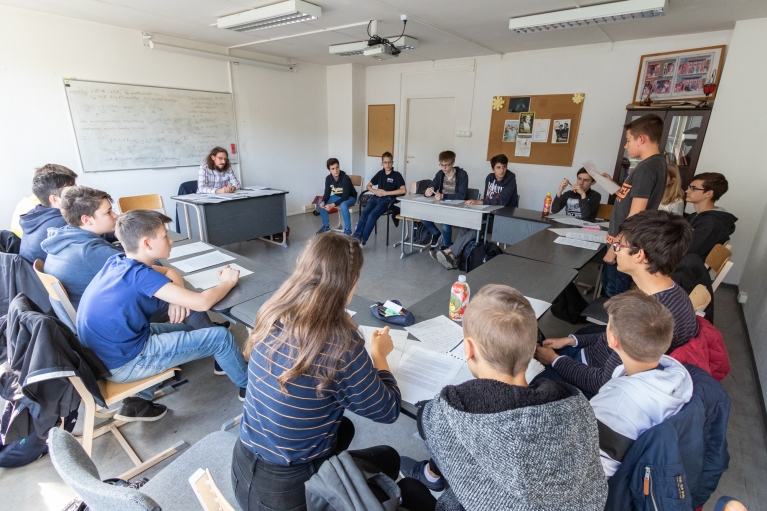 MCC is Hungary's largest private educational institution offering high level training in several disciplines with programs extending beyond the traditional school system.  It was established in 1996 by the Tombor family who donated a significant amount of money to create an institution aimed at supporting and training highly talented young people committed to Hungary’s prosperity. MCC’s programs were initially aimed at students in high school and higher education.

MCC’s programs were initially aimed at students in high school and higher education.

The programs filled a need in Hungary for professional development and allowed participants to collaborate with professionals who achieved success both domestically and internationally.  In addition to the programs, MCC established tutoring programs in-house, began holding a monthly lecture series to provide opportunities for students to meet renowned lecturers, and hosted a study abroad trip. 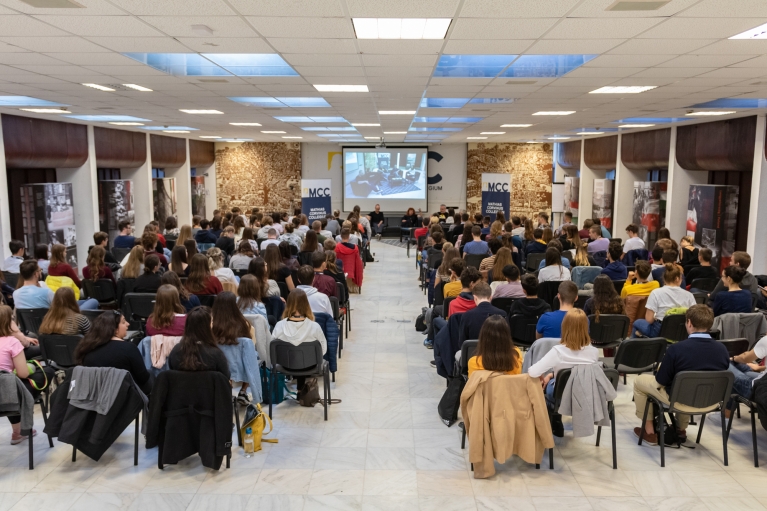 In September 2001 under the new director Dr. Miklós Maróth MCC opened its first residence hall on Gellért Hill.  The residence hall was located at 51 Somlói út and hosted 47 students.

As is true today, the education at MCC was intended to go beyond the realm of traditional education.  During this time, MCC offered two-year certificate courses in law, economics, social sciences, international relations, and communication. In 2008, MCC entered the book market as a co-publisher. 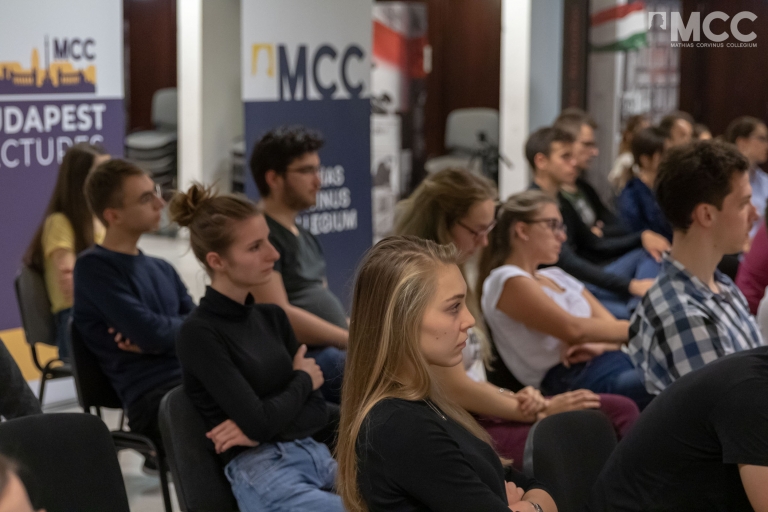 In the 2010s, MCC continued the expansion of its activities and launched its High School Program in Transylvania, Kolozsvár (Cluj-Napoca), and Székelyudvarhely (Odorheiu Secuiesc). In a few years' time, a training for undergraduates was also launched.

The year 2015 was a new milestone in the history of our institution when MCC opened its doors to elementary school students and launched its Young Talent Program. In this program, students are offered an opportunity to acquire practical experience in fields that are closely related to everyday life but not available in public education.  The program enables them to unlock their potentials and thrive in a way that best suits their interests, abilities, and personalities.  Furthermore, it provides a solid base for their later career choices.

In 2017, MCC expanded its training portfolio with public leadership trainings, the first one being the Transylvanian School of Politics.  In 2018, two more postgraduate courses were launched: the Transcarpathian Public Leadership Training Program, and the Women's Public Leadership Training Program. These programs aim to enable participants to shape their communities by giving them opportunities to develop skills and to acquire practical knowledge on public life.  MCC hopes to equip them with the confidence and skill set to become opinion leaders in their communities.

In 2018, MCC launched initiative to support Roma young people called the Roma Talent Program. Additionally, the training portfolio of the University Program was expanded later that year with the inclusion of a Mindset Psychology specialization.

In 2019, MCC inaugurated several programs to bolster its commitment to the study of public affairs rooted in an intellectual approach. This initiative is supported by the MCC Research Institute whose mission it is to examine various aspects of current social issues with scientific rigor in a form which is understandable for the public. It is in this spirit that we have hosted an ever growing number of professional gatherings, conferences, and round table discussions.  The highly successful MCC Budapest Summit and the MCC Budapest Lectures also began in 2019.  Lastly, the Debate Academy was instituted the same year to improve the culture of democratic dialogue.

From the 2010s, MCC has published a number of independent, commercially available publications on the book market. 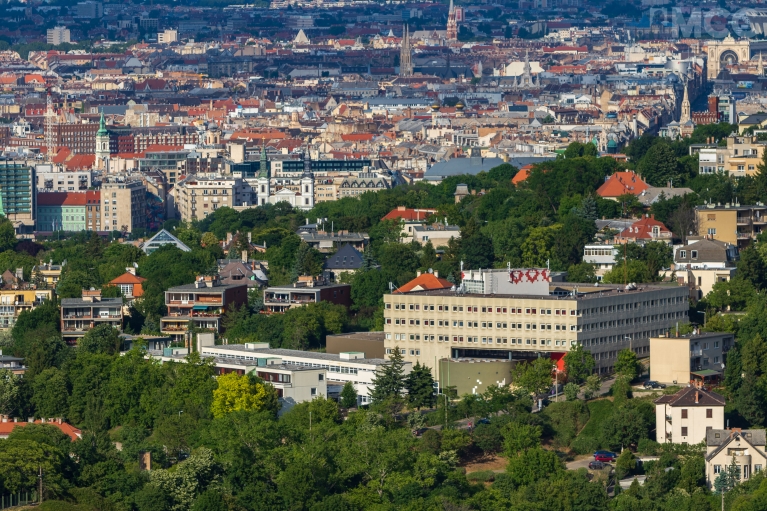 In June 2020, MCC reached a major milestone.  Within the framework of the support provided by the Parliament, MCC acquired ownership of the real estate complex where it is located at Somlói út, as well as 10 percent of MOL shares and 10 percent of Richter shares.   This allowed MCC to expand its domestic and international public activities both in a professional and geographical sense. While leaving the shareholding unchanged, MCC is striving to use the return on the shares to ensure long-term sustainability.  Its talent programs and activities, which are aimed at enhancing intellectual life, are tuition-free and accessible to all.  In addition to the aforementioned expansions, MCC has continued to transform organizationally.  The Tihanyi Foundation which founded MCC was dissolved and the new Mathias Corvinus Collegium Foundation was established.  Zoltán Szalai continues his work as Director General of the Collegium.  The Mathias Corvinus Collegium Foundation Board of Trustees is now under the direction of the new chair Dr. Balázs Orbán. 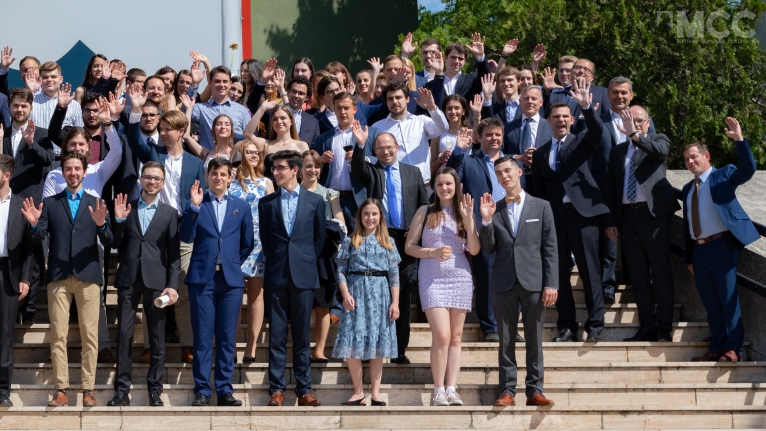 The year 2021 was a year of enormous growth and development for Mathias Corvinus Collegium.  In the summer of 2021, MCC organized its first talent festival in Esztergom called MCC Feszt. The festival was three days long and was attended by more than 12,000 visitors. In addition to well-known Hungarian experts, the MCC Foundation hosted several famous foreign speakers such as the American broadcaster Tucker Carlson, the American political commentator Dennis Prager, and the Canadian geopolitical futurist Abishur Prakash to share their ideas with the attendees.

MCC's regional network has also grown significantly and is now present in 23 cities in the Carpathian Basin (14 in Hungary and 9 abroad).  As part of its mission, MCC has embraced the renovation of neglected and dilapidated buildings that were once considered the jewels of our cities.  This initiative has allowed MCC to give back to the communities in which it has a presence.

In the 2021-2022 academic year, MCC enrolled over 4,100 young people, the highest enrollment number in the institution’s history.  The opening ceremony for the academic year took place at the new Budapest location on Tas vezér Street.  During the ceremony, the Prime Minister of Hungary and world-renowned British historian Niall Ferguson both delivered speeches.

MCC is keen to continue its work to provide support and development opportunities to 10,000 talented students in 35 settlements in the future.