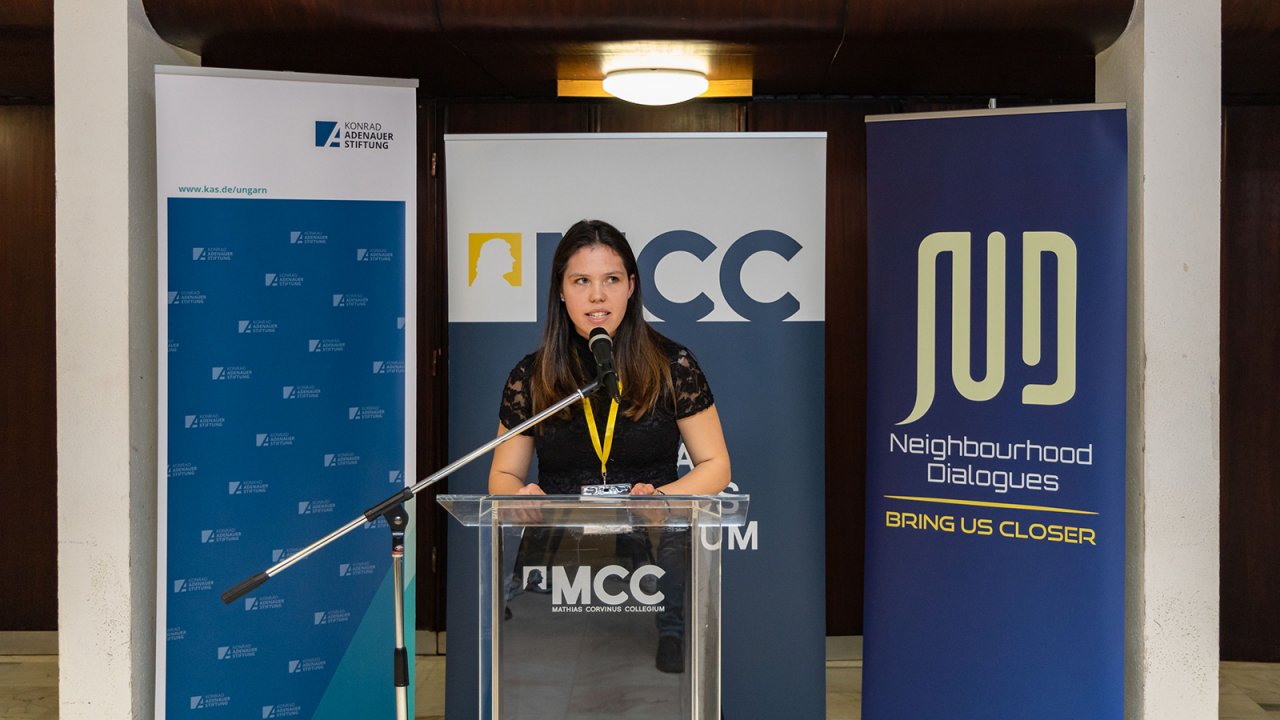 The aim of the student projects is to enable the collegium's students to realize their own ideas in teams of 4-6 people with the professional knowledge acquired, and also using the infrastructure and network of the Collegium. The projects have always had a wide range of topics, ranging from social responsibility (e.g. the so-called Close to Us project), through the realization of professional events (e.g. Summer Academy) to the community activities of the Collegium (e.g. MCC Winter Camp).

In the 2019–2020 academic year, a total of 14 projects were or are being implemented: 3 new entrants (Transcarpathian Secondary School Mentoring Program, Green Data, Student Teacher) and another 11, which had already debuted in previous years.

Held for the second time in 2020, the MCC Charity Chess’s primary goal is to promote chess - not only as a sport but also as a hobby - by hosting a cosy, pleasant atmosphere competition during the Advent period. The competition itself takes place in a seven-round, Swiss system, at the end of which the best will receive prizes offered by sponsors, and the proceeds from the entry fees will be donated to a pre-selected organization with an important social mission. During this year’s event, the proceeds from entry fees and donations were donated to the Maltese Charity Service’s Tarnabod “Presence” program. 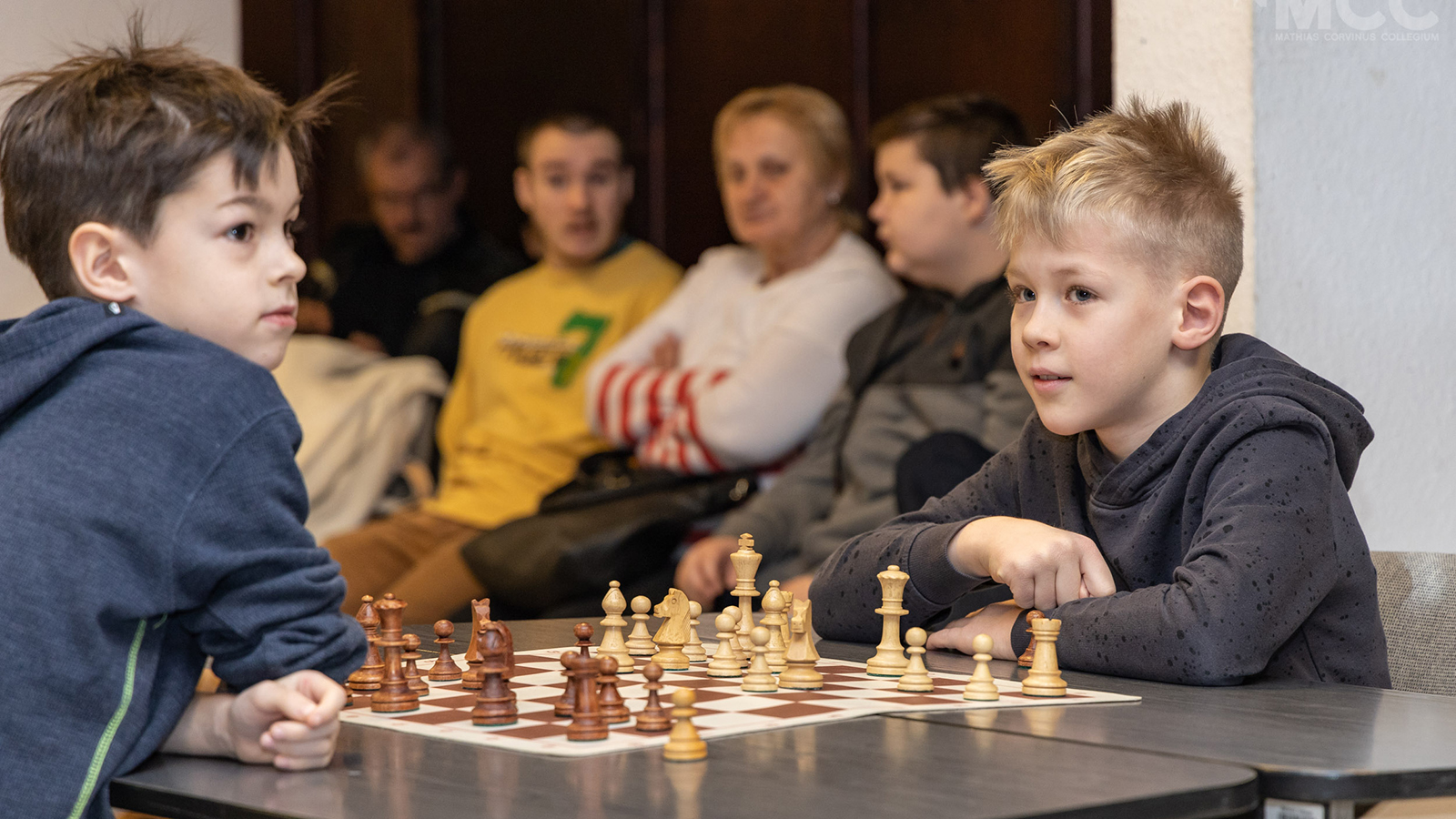 The aim of the event, which has been held since 2010, is to give the pre-graduation (11th, 12th, 13th) classes the opportunity to test their knowledge in a competitive situation. The competition also aims to promote the Collegium among high school students, to address Hungarian students across the border, and to help prepare for graduation in the form of a high-quality, exciting, novel history competition. The three-round program is mostly organized by our junior students. During the first round, competitors must complete an online test, in the second round they must write an essay, which they will defend before a professional jury in the last round. The competition is open to high school students who are interested in history and who want to use, develop and expand their knowledge, creative thinking and historical literacy. 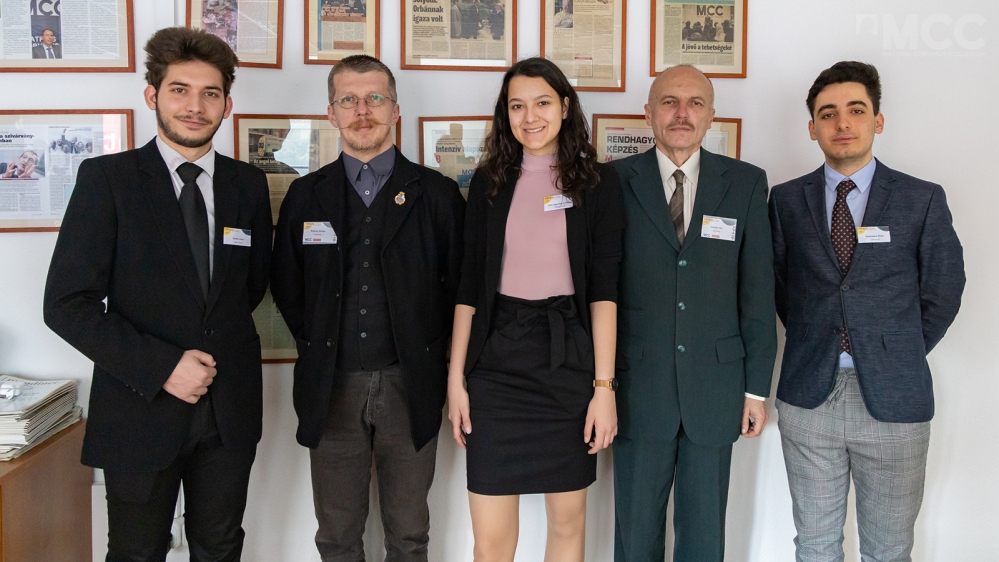 MCC Neighbourhood Dialogues project, now in its sixth year, targeting different neighbouring countries each year with the aim of providing a comprehensive knowledge of the current topic relating to the region and the two countries by the best experts in that field, and then, finding a solution through interactive simulation. In doing so, the conference contributes to cooperation, to the bridging of differences, and developing a friendly attitude.

The first MCC Neighbourhood Dialogues conference was held in 2014, in the Slovak-Hungarian context and addressed demographic challenges for the two countries. The Neighbourhood Dialogues held in 2016 approached the Romanian-Hungarian EU membership from a legal, economic and social point of view. The theme of the conference, held in March 2017, was industrial digitisation, with a particular focus on Austria and the V4 countries. Participants came from more than ten countries to learn about Industry 4.0. In 2018, the future of the V4 countries and their role in the European Union was examined by the organisers.

The conference of 2019 focused on “The Future of Energy Security in the V4 Countries”. The event was open to participants from 8 countries: in addition to the V4 countries, Kazakhstan, Russia, Mexico and Palestine was represented. There was an oversubscription for the 70-person conference, and we selected the participants from the students based on their motivation letters. The event was organised by a team of 13 MCC students, who worked for 6 months in the operational-logistics, financial-administrative and marketing-communication and energy divisions. 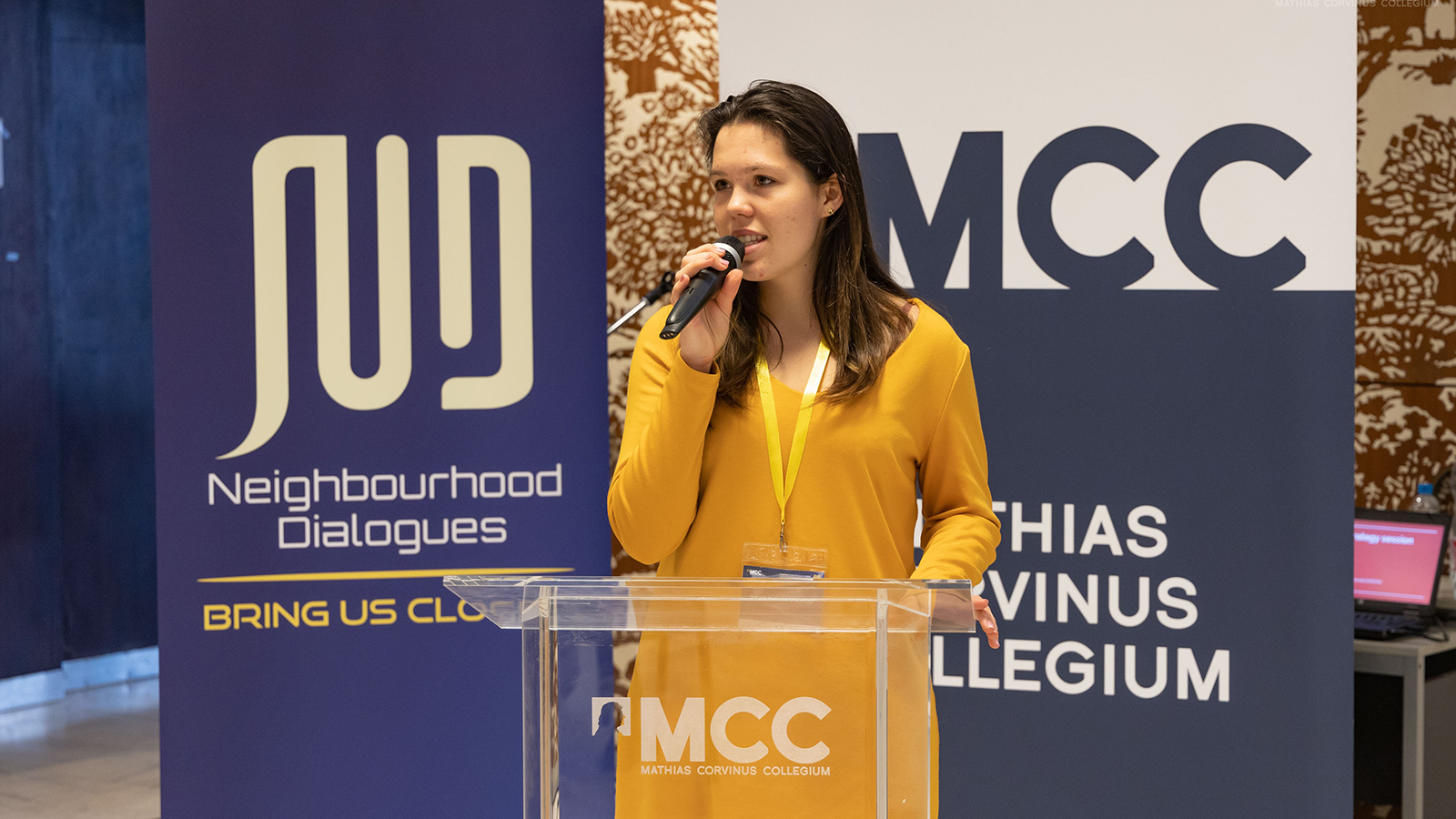 The MCC Debate competition is a new initiative that seeks to create a tradition among high school students by promoting the Anglo-Saxon debate culture. In the competition, students can compare their knowledge, creativity and reasoning skills in a court hearing format discussion in teams of 3 people. In preparation, they need to gather arguments for or against a given sentence, which are logically built on top of each other. The first round of the competition takes place online. Teams can apply by writing an argumentative essay, followed by a live discussion at the Mathias Corvinus Collegium for the next two rounds.

In August 2012, the international summer academy of our Collegium, the MCC Summer Academy, was held for the first time. The aim of the non-profit event is to provide opportunities for young people from all over the world with outstanding potential in their field to further develop their potential in an international environment, while building important relationships. For participants, the summer university provides an opportunity to acquire special knowledge that is not available during widespread university mass training. The maintenance of professional standards is guaranteed by a carefully selected international-level educational and business staff. We place great emphasis on adding value to our event, not only for our students, but also for their partners, in the form of a contact or a study. In addition to hard professional work, we also consider the promotion of Hungarian culture to be part of our mission, therefore we have designed most afternoon and evening programs accordingly (goulash cooking competition, folk dance, campfire, folk games, folk quiz…). 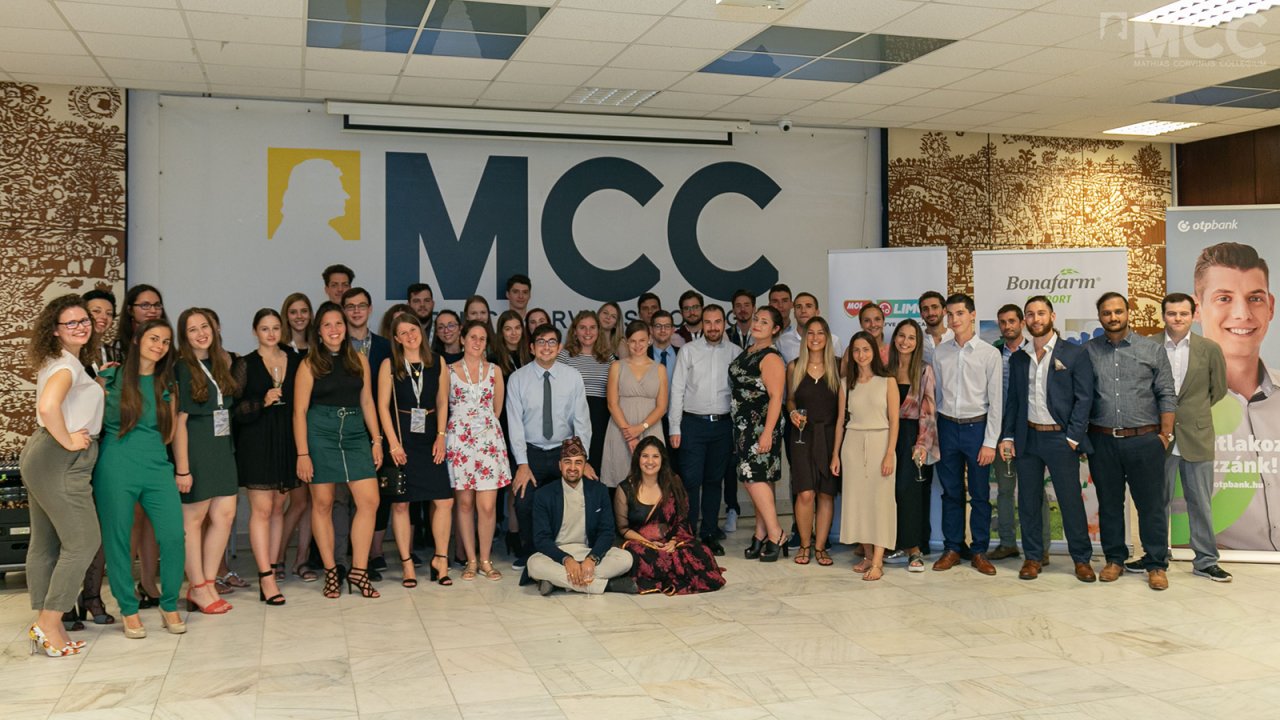 On March 7, 2020, the students of Mathias Corvinus Collegium organized the Corvin Fundraising Gala, which has now become a real tradition, for the thirteenth time in the 2019/2020 academic year. The aim of the Corvin Gala as a project is to draw students’ attention to the importance of social responsibility and philanthropy while providing them with quality entertainment as part of the event. The ball is one of the largest events at the Collegium, with 300 participants (undergraduates and graduates alike). The entire proceeds of the Gala are donated to a supported organisation each year, providing aid it its work. The experience of the last decade has shown that our investments have achieved their goal, as we have been able to successfully support organisations that have taken on big tasks with limited financial resources, making civic engagement and responsibility all the more necessary. In recent years, the Corvin Foundraising Gala has given its full proceeds to the Remény Kis Emberei Közösség (Little People of Hope Community), the Remény a Gyermekekért Alapítvány (Hope for Children Foundation), the Tessedik Sámuel Alapítvány Családok Átmeneti Otthona (Sámuel Tessedik Foundation Family Temporary Home) in Gödöllő, and the Csodák Csodája Alapítvány (Miracle of Miracles Foundation), among others. With the total revenue of 600,000 forints from the 2019 Corvin Gala, the Bódi Mária Magdolna Nagydorogi Katolikus Karitász (Catholic Charity of Nagydorog) was supported. 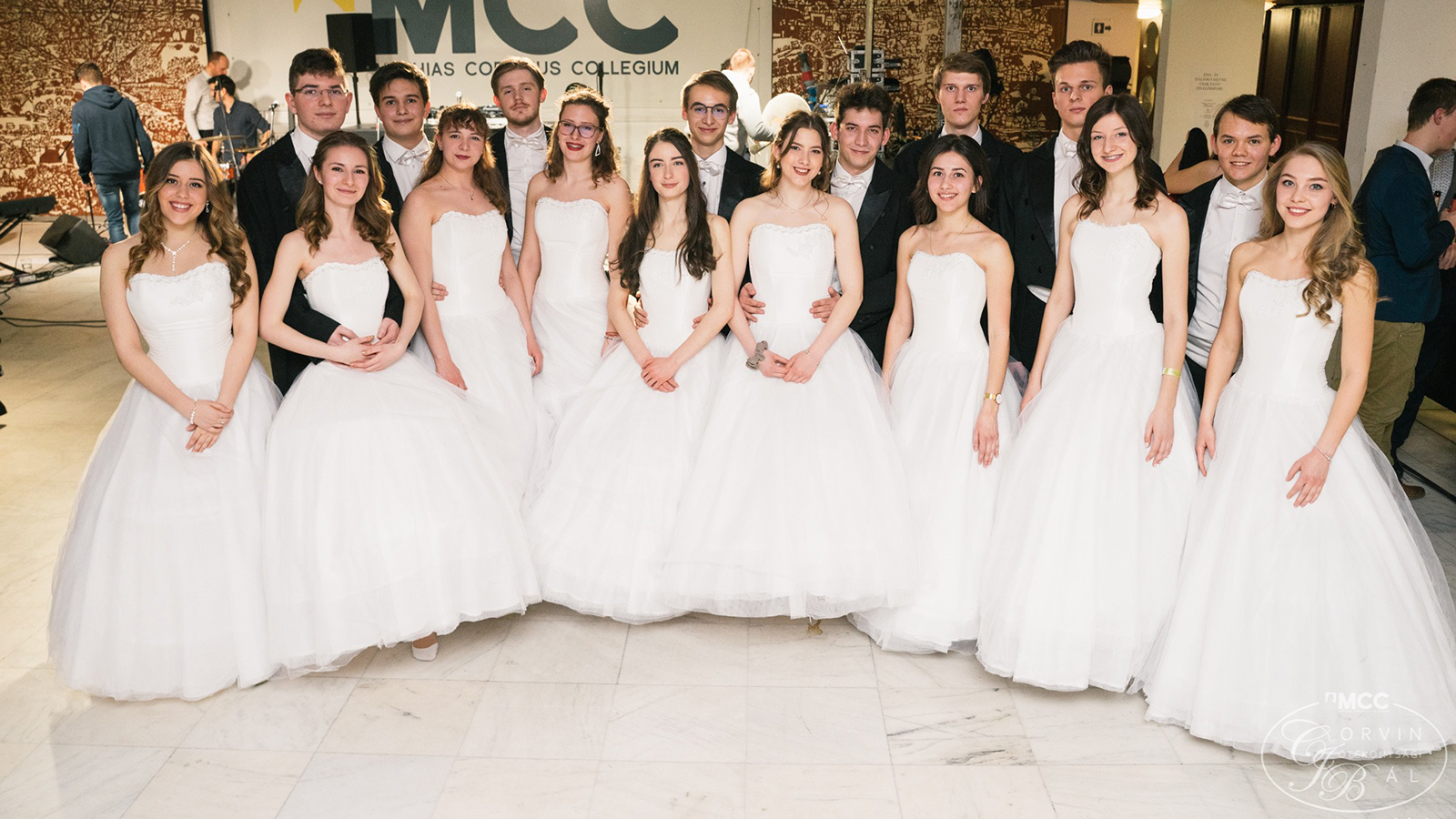 The aim of the competition is to acquaint young people with the methodological background of problem solving as early as high school, furthermore, to expand students' historical knowledge. During the competition, 11-13. grade high school students work on a historical decision situation in teams of three. After preparation at home, the solved case studies are presented together to a professional jury of corporate executives and historians. 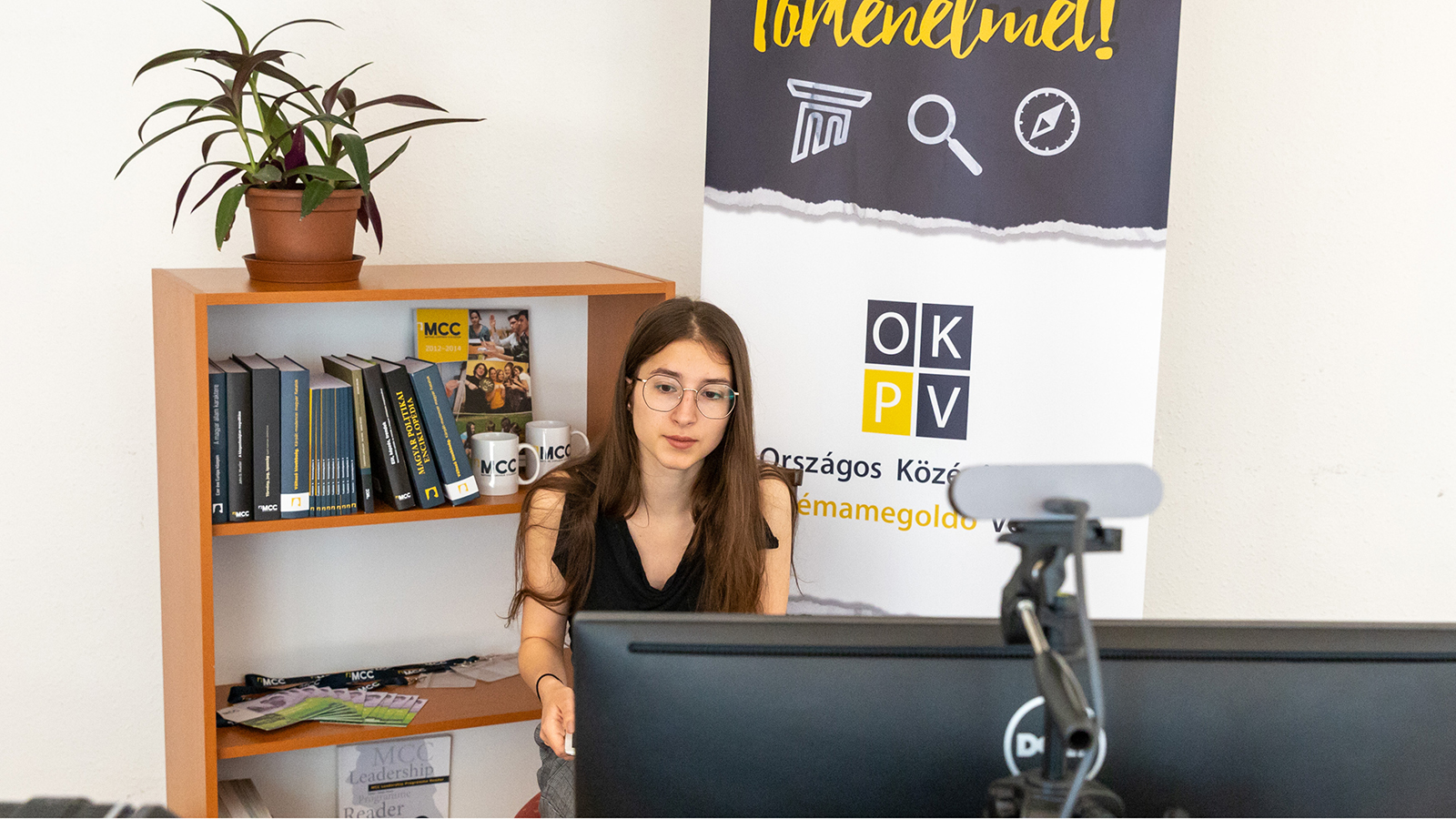 The aim of the project is to involve participants in holding 10 suitable tutoring sessions for disadvantaged children. A minimum of 4-5 and a maximum of 8-10 primary school children constitute a starting group, whose parents are contacted through the family support and child welfare centres in the area. One occasion is a 2-hour session where children are supplemented with patience and games to help them catch up with the school curriculum. During the program, a joint cultural program is also planned, e.g. theatrical performance, exhibition, historical walk in Budapest, etc.

The MCC Smart City Challenge is a team competition for undergraduates based on innovative ideas, their development and feasibility. The basic goal of the competition is to further strengthen the competencies expected of students from different fields in the labour market. Connecting young talent with emerging, outstanding companies provides an additional opportunity for start-ups and other innovative companies.

During the three-round competition, we place great emphasis on the application of cooperation and problem-solving skills. Competitors participate not only with their own teammates, but also with other competitors in brainstorming and solving challenging problems. Reaching the final round, all candidates can develop their critical thinking, experience the positive and negative sides of the discrepancy in opinions by answering substantive questions. They can broaden their knowledge in the field of future-oriented technologies and economic ideas, and they can expand their knowledge on companies that are familiar with the topic.

The top five teams finally took part in the final held on March 23, 2019, at Hungarian Telekom's new headquarters. The program consisted of two parts: during the morning, the participants could get acquainted with the infrastructural challenges of a real city, Zalaegerszeg, and then they could expand their knowledge in a round table discussion consisting of experts. During the afternoon, they had three and a half hours to work out their final presentation, into which they could incorporate their previous ideas. In addition to the fact that the contestants were able to gain interesting new experiences, their successful performance was also motivated by the prizes. The main prize, won by a team from Corvinus University in Budapest, was to attend a conference in Barcelona, the Smart City World Congress; in addition, the second and third place teams also won valuable travel vouchers.

The Literary Café project opened its third year in 2020. In addition to the genre of lyre, there was an opening towards prose as well. In the spirit of 21st century art, our students can also get acquainted with today's Hungarian slam poetry, as well as with artists working on the border of literature and music. In addition to the creative work of the Collegium and the education of the intellectuals of the future, a project is needed that also connects them with the arts. The basic goal of the Literary Café is to provide interested students with an opportunity to get acquainted with certain actors in the art life. Combining these with a cup of tea creates the right atmosphere for a free conversation. Due to the café nature of the project, the proceeds will be donated to charity.