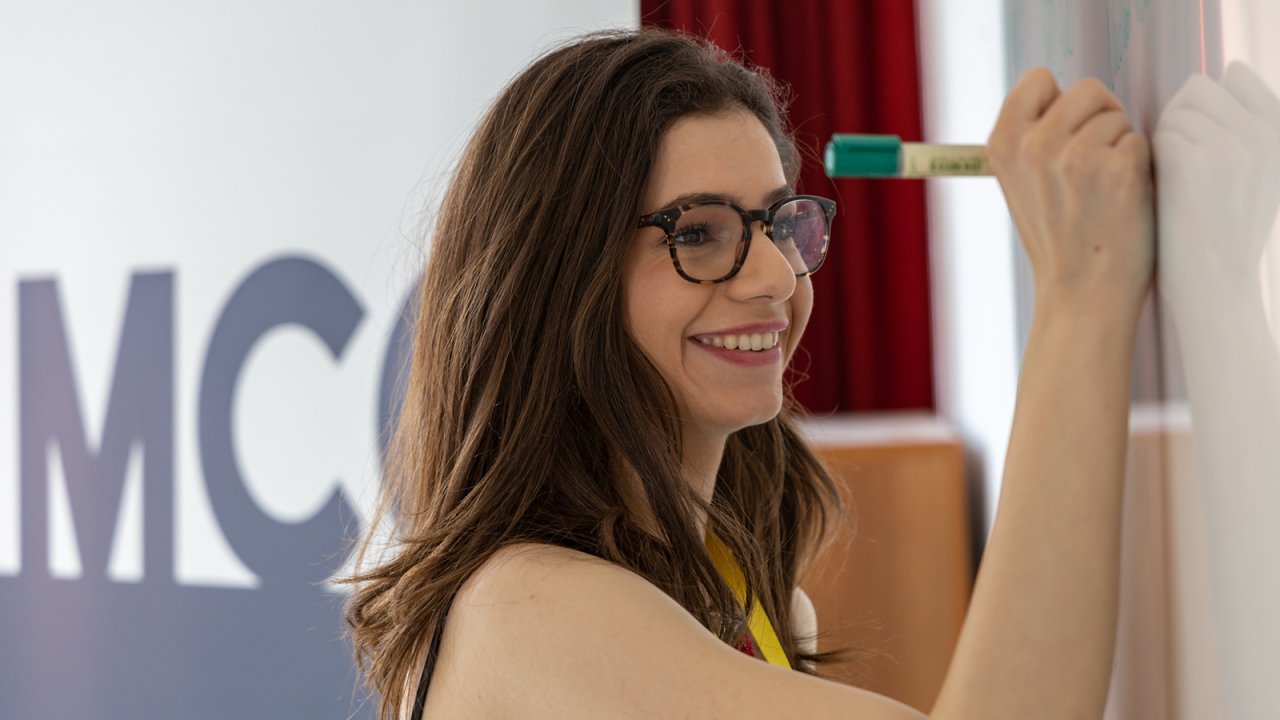 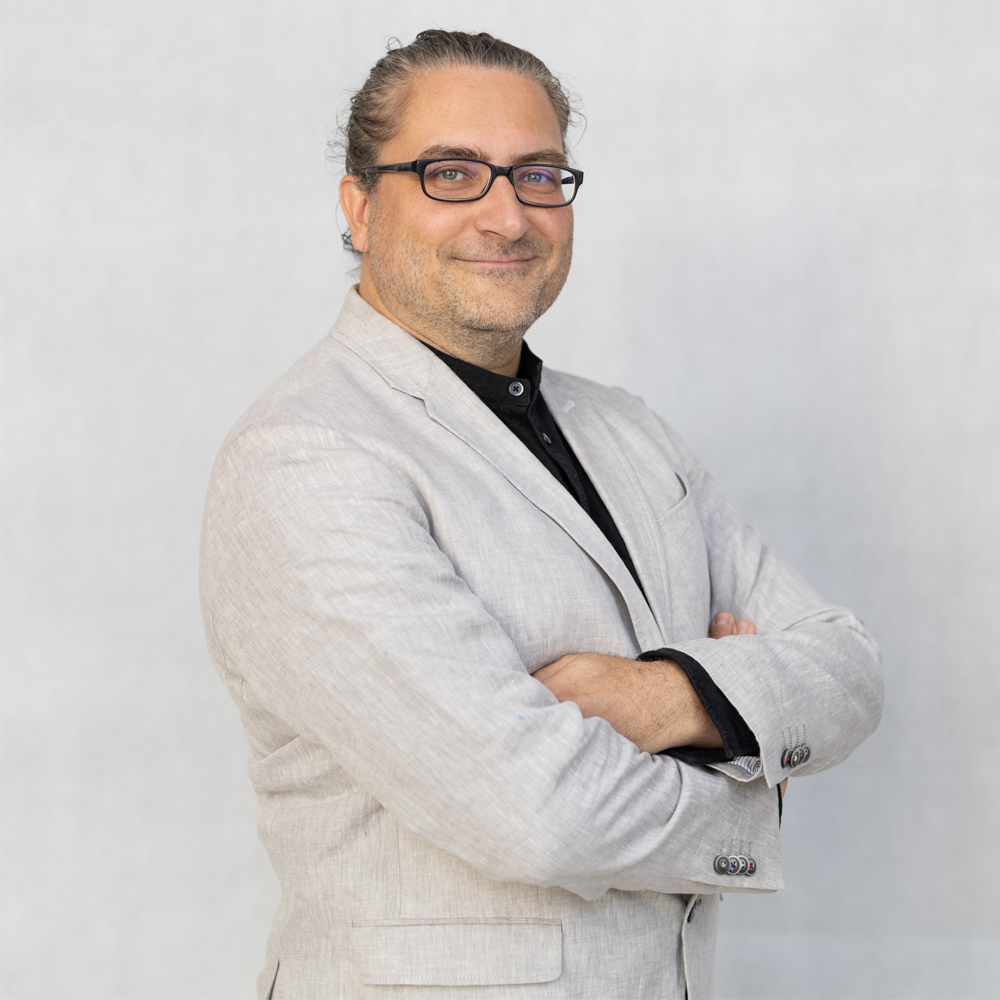 He is a lawyer, theologian and scholar, head of the MCC School of Law. Within the School, as the head of the Law and Society Workshop, his three main projects are Christianity and Human Rights, Religion and Society, and Film and Society. In the field of political science and law, he mainly deals with issues of social theory, political and legal philosophy, philosophy and legal ethics, and defended his doctoral (PhD) dissertation on mediation and gentle conflict management. He is currently writing a book on the relationship between Christianity and human rights, with particular reference to religious freedom. As a Roman Catholic theologian, he was the author and editor of several volumes in Hungarian and English, primarily in the field of ecumenical and interreligious dialogue, and also wrote another doctoral (PhD) dissertation on this topic. After two years of university training in Geneva, he worked as a researcher at the Benedictine Pannonhalma Archabbey, taught theology in prisons, was a member of the world leadership of ecumenical organizations, and is currently the co-president of the Hungarian Interreligious Dialogue Society. He is a scholar majoring in the Hungarian language, aesthetics and literary studies, and has taught religion and communication at several universities and doctoral programs. He is passionately interested in film art, and together with László Gyula Szőnyi he is the editor of the film talk show “Tekercs és Tekintet” (Roll and Look) and the website currently being built around the show. 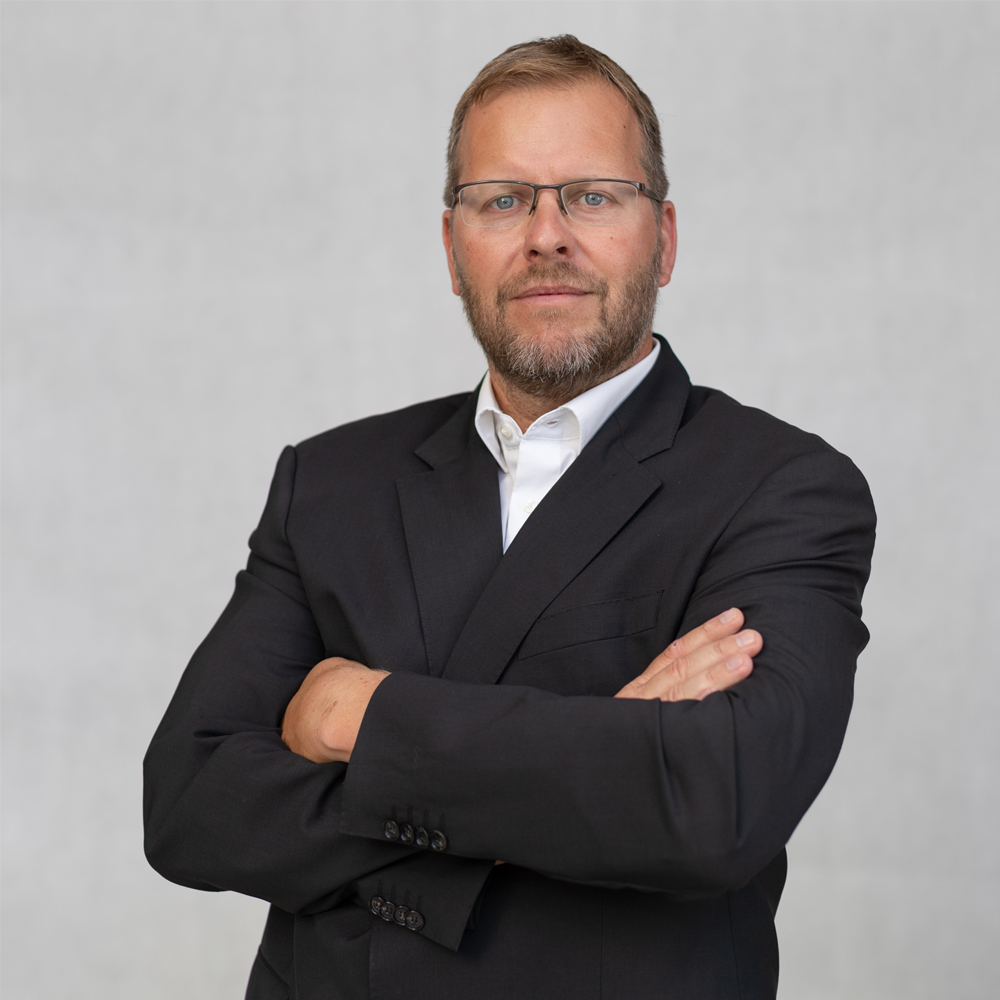 Professor István Varga is the leader of MCC's Private Law Centre, the head of the Department of Civil Procedure at Eötvös Loránd University, a practicing lawyer specializing in private dispute resolution, and an internationally recognized authority in civil litigation and arbitration. From 2013 to 2016 he was a member and scientific secretary of the Main Committee for the Codification of Civil Procedure, one of the drafters of the new Civil Procedure Expert Proposal, the founder of the Rules of the Permanent Arbitration Court attached to the Hungarian Chamber of Commerce and Industry, and a senior professor at The Hague Academy of International Law. He was also the author of a monograph on comparative litigation and arbitration law awarded by the German Chamber of Industry and Commerce in 2006, a member of several case law analysis groups of the Curia. He was an adviser to the Second President of the Constitutional Court between 1998 and 2003. In addition to his domestic teaching and practical activities, he is an honorary professor at the University of Leipzig, a member of the ELI-UNIDROIT working group preparing the text of the forthcoming European Civil Procedure Model Law. Varga is also the editor and co-author of leading civil procedure and arbitration commentaries in Hungarian, German and English, as well as an arbitrator of several foreign and international private law arbitral tribunals, moreover an arbitrator of Hungary in the International Centre for Settlement of Investment Disputes (ICSID, Washington DC). In his legal practice, he primarily represents litigation and arbitration before both domestic and foreign courts, and has also acted in several high-profile cases before the Court of Justice of the European Union. According to his first degree, he is a humanities major in German language and literature. 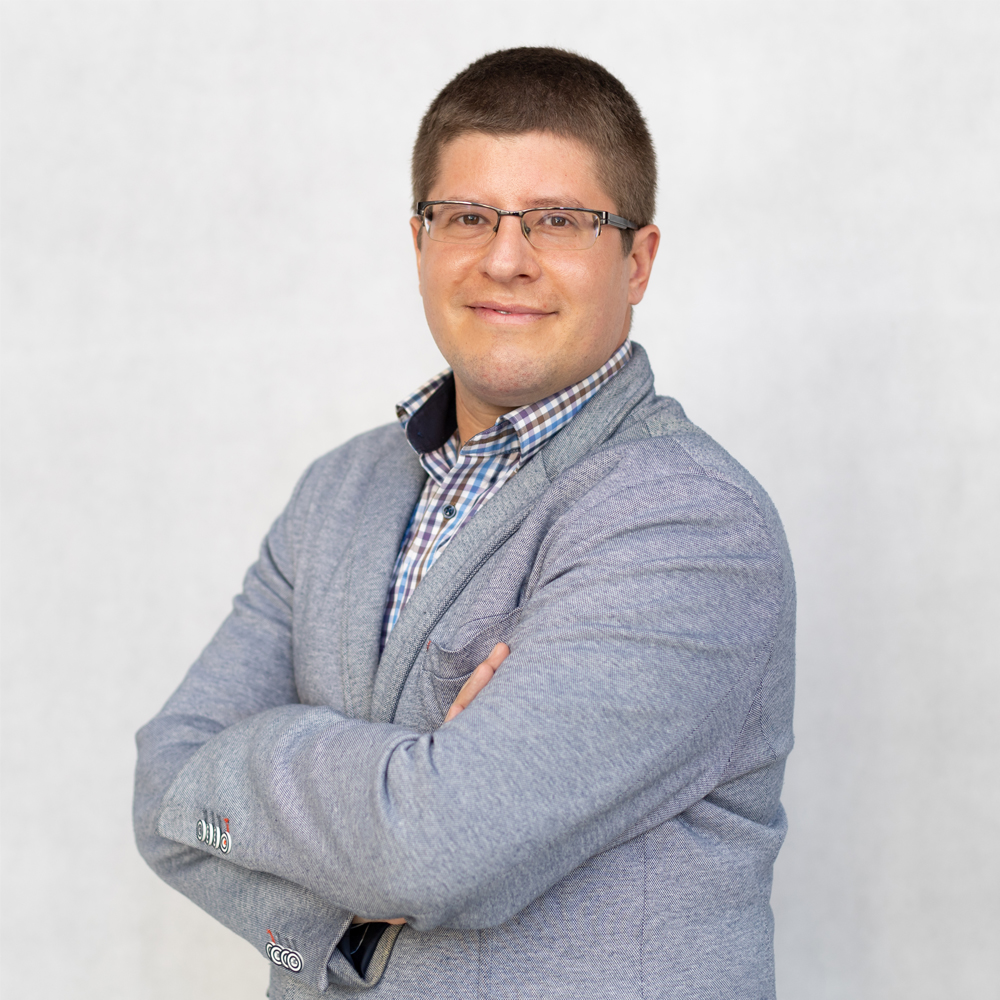 Márton Sulyok JD, LLM (Szeged, Hungary) is a graduate of law and political sciences and legal specialist in Anglo-Saxon Law and Legal Translation. He is the head of the Public Law Center at MCC Law School and an Assistant Professor in Constitutional Law and Human Rights at the Public Law Center of the University of Szeged. He has obtained his PhD with a dissertation about protecting privacy in the context of a fair trial, examining exclusionary rules applying a comparative (US-European) constitutional legal analysis. In addition, he has been researching European system of human rights protection, the applicability of the EU Charter of Fundamental Rights in EU Member States, comparative sconstitutional and and legal import as well as constitutional identity. He also teaches on these subjects in lecture and seminars as well as at summer universities. He is published on these topics in three languages.

In parallel with his doctoral studies in Szeged, he has acquired an American Legal Expert certificate in a joint 2-year program of the University of Toledo College of Law and the University of Szeged Faculty of Law and Political Sciences. Since graduation, he has been teaching various subjects in this program on Fundamental Rights and the Constitutional Foundations of Due Process and Trial Advocacy. His international experience is enriched by a multitude of foreign research scholarships held in France and Belgium (Université Dauphine Institut de Droit - FR, Université Catholique de Louvain-la-Neuve, Facultés Universitaires Notre Dame de la Paix, Namur - B).

He's been involved in talent support and management since the beginning of his academic career at the Faculty and on the national level. Between 2014 and 2019, he has coordinated the organization of the Law and Political Sciences section of two national student research essay competitions (OTDK), and has advised several prize winning student essays throughout the years.

Besides academia, he has worked in private practice as a legal translator, in cooperation with law firms and channeled his experience into education on more faculties of his alma mater. As a contracted legal translator he has worked with the Foreign Office of the National Assembly of Hungary, the Ministry of Foreign Affairs and the Ministry of Justice. He has worked as a professional advisor for the Cabinet of the Ministry of Justice (2014-2018), and sat on the Management Board of the EU Agency for Fundamental Rights (2015-2020). Since 2022, he represents MCC on the Board of Directors of the European Public Law Organization (EPLO), an Athens-based international organization

Head of the Center for International Law: Lénárd Sándor 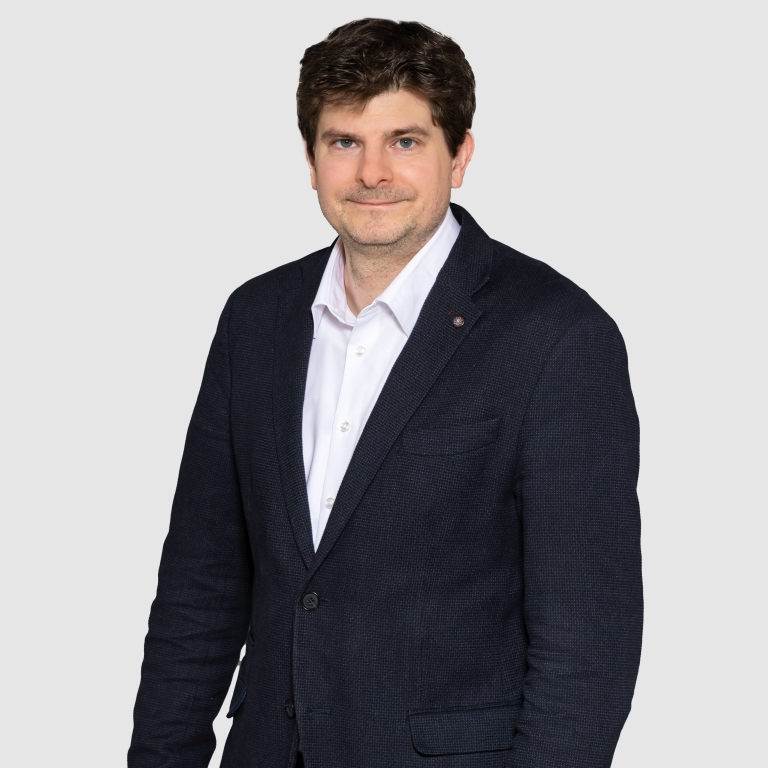 In the legal practice, from 2006 to 2011 he served at the Office of the Attorney General in Budapest and from 2011 to 2020 he was a chief counsel at the Constitutional Court of Hungary. From 2020 to 2022 he was working as a policy advisor at the European Parliament in Brussels where his focus was on constitutional affairs of the European integration. He has previously taught various fields of international public law including the law of international economic relations and international human rights law at Pázmány Péter Catholic University. He has published numerous articles on contemporary international legal and constitutional questions in various academic, intellectual and popular journals. His work on international economic and human rights law has been published, among others, by Edward Elgar Publishing and Central European Journal of Comparative Law. He is the author of Alkotmányjogi utazás Amerikában [Constitutional Journey in the United States] (MCC Press, 2021). He has translated, cotranslated and edited a number of books related to international law and politics or the United States of America including, among others, Joshua Muravchik, Földre szállt mennyország [Heaven on Earth] (2014), Amerikai konzervatív gondolkodók [American Conservative Thinkers] (2017), John Baylis and others, A világpolitika globalizációja [The Globalization of World Politics] (2020). He speaks English and French.